Donald Trump, who brought an amnesty and penalty reduction law to nearly 100 people as the last decision in his post last day, received a call from US actor Pamela Anderson. He appealed to President Trump, whose term expires today, to release WikiLeaks founder Julian Assange, who was denied extradition and bail to the United States.

Anderson, a longtime supporter and friend of WikiLeaks founder Assange, who has published hundreds of thousands of confidential documents exposing US administrations’ war crimes, made a final call to Trump for Assange on a Fox TV program.

US actress Anderson asked Trump, whose last day in office is due today, to “take the right step and add Assange” to the amnesty list.

Making this call after the White House officials announced that the US president will pardon about 100 people on his last day, Anderson said, “The whole world wants to forgive Julian Assange. It’s time for Trump to really make an impression on the world. This is his life in history. “It is one of the moments when he can make the right decision. Many people around the world support him and are grateful.”

REQUEST TO BE RELEASED BY SAFETY REFUSED

London’s Central Criminal Court Judge Vanessa Baraitser, who rejected the application of the US WikiLeaks founder Julian Assange for the surrender of espionage charges, at the hearing held on January 6, also did not allow Assange’s request to be released on bail.

Judge Baraitser justified his decision to refuse the extradition by the mental health of the WikiLeaks founder and the risk of suicide in the US, and ordered Assange to remain in the tight-security prison where he was held in isolation.

The US Department of Justice, which filed 17 new charges against Assange, appealed the decision.

In 2012, Assange, who was asked to be extradited on charges of sexual assault in Sweden, was released on bail and sought refuge in Ecuador’s London Embassy on the grounds that Sweden would surrender him to the United States. Assange, who was forcibly removed by British police after his seven-year stay in the embassy last year after Ecuador’s asylum was withdrawn, was placed in the high security Belmarsh prison in London. Meanwhile, Sweden dropped the charges against him. 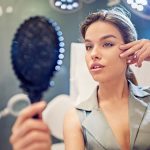 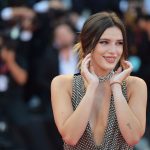