US President Joe Biden stated that he did not believe that there would be enough votes in the Senate to convict former President Donald Trump in his impeachment case.

Biden, who took the presidency on January 20, made an interview with CNN about the impeachment case against Trump, which was brought to the Senate after the 6 January Congressional pressure.

Emphasizing that the 50 Democratic senators as well as 17 Republican senators must vote “yes” in order to be found guilty in the impeachment trial of Trump, Biden said, “I don’t believe this will happen.” he spoke.

The impeachment clause, in which Trump was accused of “incitement to rebellion”, was accepted in the House of Representatives on January 14 regarding the raid on Congress, in which a total of five people were killed, including the police. Whether Trump is guilty or not will be decided as a result of the Senate trial.

US Senate Majority Leader Democrat Chuck Schumer announced the previous day that Trump’s judicial process in the Senate will begin on the week of February 8.

In order for Trump to be found guilty, at least 2 out of 3 majority in the 100-seat Senate, 67 senators, must vote against him. In the Senate, where both parties have 50 seats each, it is considered very unlikely that Trump will be found guilty. 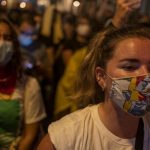 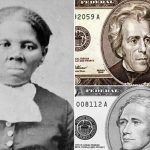