Former US President Donald Trump, who was blocked on social platforms such as Instagram, Facebook, Twitter and Youtube, opened a “Former President’s Office” in his new residence in Florida. It was stated that the office in question will be responsible for managing Trump’s press releases, correspondence and activities.

Donald Trump, who lost to his Democrat opponent Joe Biden in the US presidential elections held on November 3, but took refuge behind allegations of fraud for a long time, left office on January 20.

On the other hand, Trump, who provoked the Congressional raid by provoking his supporters on January 6 and was investigated for the second time, left the White House by not attending the handover ceremony.

But Trump still mentally couldn’t leave the presidency and opened an “ex-president’s office” at his residence in Florida. It has been announced that the former president’s new office, which is blocked on Youtube, Facebook, Instagram and many social platforms, will be responsible for managing press releases, correspondence and events. In the press release sent to journalists by Trump, the following statements were made:

“Today, Donald J. Trump, the 45th President of the USA, officially opened the Former Presidential Office. The office will be responsible for transmitting the former president’s correspondence, press releases, views and managing official activities to maintain the Trump administration’s agenda through organizing and popular activism to protect the interests of the United States. ”

In his farewell speech with his wife Melania Trump hours before US President Joe Biden took office, before going to his new home in the resort of Mar-a-Lago in Palm Beach last Wednesday morning, Trump said, “I just want to say goodbye. I hope we will not say goodbye for a long time, we will see each other again, ” said.

On the other hand, the announcement of the “Former President’s Office” came after the impeachment text prepared by the Democrats about Donald Trump was officially sent to the Senate. 9 Members of the House of Representatives, who will take place as prosecutors in the Senate, handed the text of dismissal prepared on the charge of “incitement to revolt” to the Senate in a symbolic ceremony. The impeachment clause, in which Trump was accused of “incitement to revolt”, was accepted in the House of Representatives on January 14. US Senate Majority Leader Democrat Chuck Schumer announced that the trial process in the Senate will begin on the week of February 8. 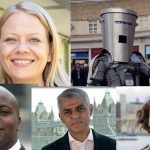 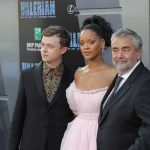