The USA and Russia have extended the duration of the nuclear weapon control agreement between the two countries, which is valid until February 5th.

The US and Russia have extended the Strategic Arms Reduction Treaty (New START) agreement between the two countries. “The extension of the agreement is in the interest of both countries and the whole world,” Russian Government Spokesperson Dimitri Peskov said in a statement in Moscow. Before the statement, Russian President Vladimir Putin and US President Joe Biden made a phone call. Peskov expressed satisfaction that both leaders have confirmed in diplomatic statements that the agreement will be extended.

After the agreement was reached, Putin brought the bill for the extension of the agreement to the Duma’s agenda. In the statement made by the Russian Parliament, it was stated that a consensus was reached on “extending the agreement for five years between the parties”. Leonid Slutski, head of the Duma Foreign Relations Commission, told the Russian news agency TASS that the draft could be on the agenda of the plenary on Wednesday.

The Strategic Arms Reduction Agreement (New START) would expire on February 5, 2021, if it was not extended. From this date on, there would be no obstacle to the nuclear armament of the USA and Russia. The agreement signed in 2010 remained the last nuclear weapons reduction agreement between the two countries. The agreement limits the number of installed strategic nuclear warheads to 1550 and the number of missile launchers to 800.

Under the former US President Donald Trump, Moscow and Washington had not reached an agreement to extend the agreement, despite months of negotiations. In the fall, Putin proposed an unconditional extension of the current agreement for at least another year, but this proposal was rejected by the Trump administration. 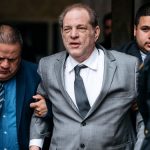 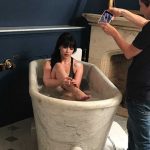