The fact that the longest running series in the USA, The Simpsons, anticipates some real events, makes the series special in the eyes of its fans. The series that knew about the corona virus, facetime, smart watch, the debt default of Greece, crypto money, even the occupation of the Capitol in the USA from the presidency of Donald Trump, this time the US President Joe Biden and Vice President Kamala Harris’s oath is on the agenda with the claim that he knew his clothes 20 years ago

Twitter users watching the inauguration ceremony of US President Joe Biden and Vice President Kamala Harris instantly noticed the similarity between the outfit Harris wore during the ceremony and the one worn by Lisa Simpson in The Simpson’s Bart to the Future.

Bart to the Future, the 17th episode of the 11th season of the American animated television sitcom Simpsons and first aired on the Fox network in the United States on March 19, 2000, portrays Lisa Simpson as the President of the United States. In this episode, Lisa wears a purple trousers with a string of white pearls around her neck.

HARRIS WAS A SIMILAR COMBINATION

While swearing up as Vice President, Kamala Harris wore a jacket and dress combination in a purple shade very similar to Lisa, and even wore a simple strong pearl to complete the look. 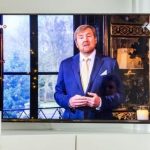 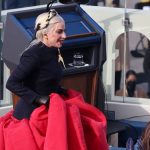