British model Daisy Lowe, daughter of rock band Bush lead singer Gavin Rossdale and model Pearl Lowe, told the incident that happened in those days by announcing that she was abused when she was 19.

British singer and model Daisy Lowe revealed the harassment she suffered early in her career. When Daisy was 19, she went to her photographer’s house for the shoot.

Daisy said that when she was 19 years old, a photographer told her that they would continue shooting in his bedroom and took her to the bedroom.

The famous model said that the photographer took off her underwear and showed his genitals while lying in the bedroom for a pose.

The young model said that when the photographer reacted when she approached him, he was frozen because he did not expect such a reaction.

Daisy stated that they left the room and went to the kitchen and ate together with his wife’s meal, that the man did not reveal anything to his wife so that their marriage would not be harmed, but she did not work with the photographer again after leaving the house. 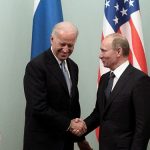 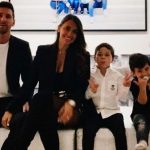