US President Trump said in his farewell speech, “This week, a new administration will take an oath and we pray for success in protecting America’s safety and prosperity.” found in the description.

US President Donald Trump made a farewell speech hours before the inauguration ceremony of US President Joe Biden.

Trump, who previously argued that the election results were “fraudulent,” said in his speech, “This week, a new administration will take an oath and we pray for success in protecting America’s safety and prosperity.” said.

Referring to the Congressional raid on January 6, Trump said, “All Americans were horrified by the attack on our Congress. Political violence is an attack against everything we value as the American people. It can never be tolerated.

Now, more than ever before,” over our political grudge, we must gather around our common values ​​and create our common destiny. ” called.

Reminding that he won the elections 4 years ago and came to Washington as someone who was not in politics before, Trump said, “I left my previous life behind me and stepped into a very difficult arena.

However, this arena has a lot of potential if managed properly.” found the assessment.

“I’ve never been after the easiest way”

Expressing that the USA has done a good job in the Covid-19 process, Trump described the vaccination studies as a “medical miracle”.

Stating that the interests of the United States as a president have always been his priority, Trump said, “I have never been after the easiest way until now, actually this was the hardest one. I did not choose the ways that we would be criticized least. because you chose me for this. “ used the expressions.

Underlining that freedom of expression is also one of the cornerstones of the country, Trump said, “If we forget who we are and how we got here, then we can allow political censorship and blacklisting people.

This cannot even be brought to mind. is against our core values and traditions. “ shared his opinion.

Emphasis on “dawn of the New Middle East”

Stating that he withdrew from unilateral global agreements that do not serve the interests of the United States during his 4-year mandate, Trump said, “Now, NATO countries pay hundreds of billions of dollars more than a few years ago.

There was an injustice. “ he spoke. Reminding that they defeated Daesh and killed Qasım Soleimani, Trump said, “As a result of our courageous diplomacy and principled realism, we have achieved many historical peace agreements in the Middle East.

This is the dawn of the new Middle East.” gave place to his words. “I am especially proud to be the first US president who has not started a new war in decades,” Trump emphasized that US troops in the Middle East have also been brought back home. found in the description.

Reminding that they will hand over the administration to Biden on Wednesday, Trump said, “I want you to know that the movement we started is just the beginning.” gave his message. 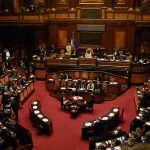 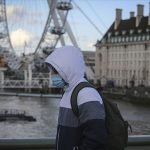