US President Joe Biden will roll up his sleeves to reverse the controversial policies of the Trump administration, combat the new type of coronavirus (Covid-19) pandemic and stimulate the economy from the first day he took office.

Biden, who will take over the White House with the crisis and chaos left behind by the Trump administration, will begin the first days of his presidency with the impeachment process of Donald Trump, who is held responsible for the raid on the US Congress on January 6, and his trial in the Senate.

Biden, who does not want the impeachment process to overshadow the early days of his presidency and the decisions he will make, is concerned that the process of Trump’s trial in the US Senate may delay the approval of his cabinet, and he is waiting for the approval of key positions such as Internal Security, Foreign Affairs, Defense and Treasury ministries in the Senate as soon as possible.

Biden, who wants to implement his policies quickly, wants to cancel Trump’s controversial and reactionary decisions with presidential decrees to be signed on the first day in the office after today’s inauguration.

Biden’s first-day decisions include re-involvement in the Paris Climate Agreement, from which Trump, who denied climate change, withdrew, and again, to lift Trump’s visa ban on some predominantly Muslim countries.

Biden, which takes the fight against climate change as one of its priorities, aims to create a “green economy” by investing 2 trillion dollars in renewable clean energy in 4 years.

With the wind turbines, electric vehicles and ecologically sustainable houses that it plans to construct, Biden promises to provide employment to millions of people and aims to use 100 percent clean energy by reducing carbon emissions to zero in 15 years.

Biden, who wants to roll up his sleeves from the first day to combat the pandemic that has killed more than 400 thousand people in the USA, will make decisions such as imposing a mask requirement as soon as starting his duty, delaying evictions and student loan payments due to unpaid rents.

Unlike Trump, who argues that too much testing increases the number of cases, Joe Biden will follow a policy of “large-scale tests that will reach 7 million a day” across the country.

Biden, which announced a $ 1.9 trillion rescue package to accelerate the fight against the pandemic and stimulate the economy, will ask the US Congress to approve the plan that will offer cash assistance for the third time to Americans below a certain income level.

In the event that the aid package is approved, $ 1400 will be sent this time to the Americans who were previously given $ 600 in cash.

Biden, who wants to put an end to Trump’s anti-immigration policies, plans to send a law to Congress that will give citizenship to 11 million illegal immigrants in the country on the first day of his duty.

Biden wants 100 million Americans to be vaccinated in the first 100 days in the United States, where the vaccination process is “unsuccessful” in his own words, and for this, 100,000 more healthcare workers from Congress be hired.

Joe Biden also prioritized the fight against racism systematically in the United States, which was shaken by anti-racist protests and was pregnant with social events following the death of black American George Floyd as a result of police violence.

Biden, who chose his cabinet by paying particular attention to gender and racial equality, will work for the passage of the “equality law” against discrimination in the first 100 days in office.

Biden’s commitments to eradicate systematic racism and to ensure racial justice include supporting small businesses owned by blacks and other ethnic minorities, facilitating housing for these groups, and ensuring equality between whites and other minorities in federal employment.

Biden aims to prohibit police pressure on the neck during detention, and reform the criminal system, such as reducing the population of US prisons with disproportionate numbers of black and minority prisoners.

Fixing the “shaken” image of the USA in foreign policy

Wanting to reverse Trump’s “America First” policy and return to his “global leadership” position, Biden wants to regain the trust of its allies in the international arena.

The cabinet that best represents society in US history

Biden will be the “first female vice president” in US history, and if approved in the Senate, “the first black defense minister, the first native American, and the first openly gay cabinet members” in Biden’s cabinet, which promotes gender and race equality.

Wanting to collaborate with the international community to improve the global image of the United States, Biden’s cabinet will include the following, if approved by the Senate:

58-year-old Antony Blinken, who was expected to improve the image of the US in foreign policy, worked with Biden for many years.

Blinken, who stands out as one of the strong advocates of global policies, held important positions in both the White House, the State Department and the US Senate Foreign Relations Committee during the Obama period.

Blinken, who has 30 years of experience in foreign policy, served as the Deputy Minister of Foreign Affairs during the Obama term in 2015-2017.

Blinken, who led the administration’s diplomacy on issues such as the fight against DAESH, rebalancing relations with Asia and the global refugee crisis, also served as Deputy National Security Advisor to Former President Barack Obama.

The first message of black Linda Thomas Greenfield, who will be appointed as UN Ambassador, was that “The United States is back, multilateralism and diplomacy are back.” happened.

By choosing a woman for the position of the US Permanent Representative to the UN, Biden did not break the long tradition of appointing women to this post.

Greenfield has served in many countries from Kenya to Pakistan, mostly Africa. Unlike Kelly Craft, the current UN Permanent Representative of the United States, Greenfield, who will become a cabinet member, needs approval in the Senate.

Known as “the first black to serve at the head of a combatant command in the United States”, Lloyd Austin will become “the first black name to become the Minister of Defense” if approved in the Senate.

In the US, by law, a person cannot be appointed to any senior civilian post in the Ministry of Defense for up to 7 years after leaving the military profession. Since Austin’s retirement in 2016, he must grant exemption from this legal situation as Congress gave him to Jim Mattis, nominated by Trump in 2017.

Jake Sullivan, 43, who is very close to Joe Biden and is now one of his senior advisors, will be appointed as the National Security Advisor.

Sullivan, formerly Director of the Department of Policy Planning at the US State Department, also worked with Former Secretary of State Hillary Clinton.

Sullivan also served as the chief negotiator in the Iran nuclear talks. Sullivan, who played an important role in the ceasefire negotiations reached in Gaza in 2012, played a role in determining relations with Asia-Pacific in both the White House and the US Department of State.

Biden named Avril Haines for the US National Intelligence Directorate.

Haines, if approved in the Senate, will be “the first woman to take this position”.

Avril Haines served as the former CIA Vice President and Deputy National Security Advisor in the administration of Barack Obama.

Mayorkas was the Deputy Minister of Internal Security during the Obama era.

Alejandro Mayorkas, if approved by the Senate, will become “the first Latin American descent to be elected for this post.”

John Kerry, who was Secretary of State under Obama, will become Biden’s Special Envoy on Climate Change.

Biden will bring Ron Klain, with whom he has worked for many years, to the White House Chief of Staff.

Klain has held various positions with Biden since 1988.

Secretary of the Treasury: Janet Yellen

Janet Yellen, who served as the President of the US Federal Reserve (FED) in 2014-2018, will be “the first woman in the history of the country” if approved in the Senate.

– Minister of the Interior: Debra Haaland

Debra Haaland will become “the first Native American minister in the history of the country” if approved in the Senate.

Biden nominated Merrick Garland, an appeals court judge in the capital Washington, to become a US Supreme Court judge in 2016, but failed to obtain approval in the Republican-controlled Senate.

Biden promotes Office of Science and Technology to cabinet position

Biden, who promoted the White House Office of Science and Technology to the cabinet position, will appoint geneticist Eric Lander as head of this institution. 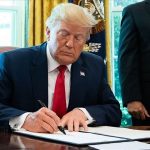 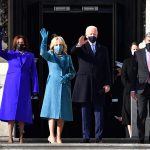