In his assessment in the parliament, Prime Minister Suga stated that the Nuclear Weapons Ban Treaty (TPNW), which entered into force yesterday, is not supported by countries with nuclear power.

“As the only country that has ever suffered from wartime atomic bombs, Japan has a responsibility to lead the efforts of the international community to realize a world without nuclear weapons,” Suga said. said.

Noting that Japan will be “cautious” about its observer status under the contract, Suga said that his country, which aims to explain to the world that using nuclear weapons has terrible consequences, aims to “become a bridge” between states with nuclear power and states that do not have this power.

“However, TPNW has no support from states with nuclear weapons or from many states that do not have nuclear weapons,” Suga said. In line with our position, it is necessary to follow a stable and realistic path towards nuclear disarmament, Japan has no intention of signing the treaty. ” he spoke.

According to the Kyodo agency, the US atomic bombs on Hiroshima and Nagasaki in August 1945 killed about 214,000 people by the end of that year.

It had to be ratified by 50 countries for the treaty to come into force. Honduras became the 50th country to ratify the agreement on January 24, 2020.

The TPNW became the first international treaty to ban nuclear weapons, taking effect 90 days after the ratification of 50 countries.

Despite the opposition of nuclear-powered countries such as the USA, Russia and China, the Nuclear Weapons Ban Treaty, which aims to destroy nuclear weapons all over the world and ban new ones, was accepted by the approval of 122 countries at the 193-member UN General Assembly on 7 July 2017.

While 84 countries have so far signed the treaty, which was opened for signature on 20 September 2017, 50 of the countries that signed the treaty made a commitment not to develop, test, manufacture, acquire or stock nuclear weapons or other nuclear explosive devices under any circumstances. 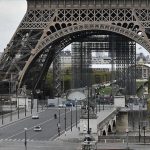 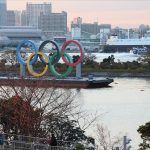