Turkish-origin Cevdet Yilmaz, who was sentenced to life imprisonment for shooting and killing 6 people, including a child, in a Dutch cafe, was pardoned by King Willem-Alexander despite the government’s objection.

In the Netherlands, one of the few countries in Europe that imposed life sentences to the fullest, Cevdet Yilmaz became the first convict to be pardoned since 1986.

Yilmaz killed 6 people, including a 12-year-old girl named Carmen Sneeks, in the 1983 incident at the Koetsiertje cafe in Delft, the Netherlands.

Yilmaz, who became a Dutch citizen, had a discussion at the cafe on the evening of April 5, 1983 with a person who said “You are not a real Dutchman, you are a citizen of Nederlend that forms the Netherlands and Caribbean islands.”

Yilmaz, who said that he was swearing at him, went home and took his gun and shot the person he was arguing with. Yilmaz, who then shot at other people in the cafe, killed 6 people.

In the Netherlands, where there was no massacre of this scale until then, the incident drew great reaction. Cevdet Yilmaz was sentenced to life imprisonment in 1984.

He defended that he suffered sufficiently

Yilmaz, who regularly filed lawsuits against the Dutch state, demanded amnesty, arguing that he spent many years in prison and suffered enough sentences. Some judges and the national ombudsman (Ombudsman) also supported Yilmaz’s request. However, Sander Dekker, Minister of Law Protection of the Netherlands, stated that the release of a person who killed 6 people into the community will cause deep wounds near the victim and said that Yilmaz should stay behind bars for life.

The Dutch minister repeatedly rejected his request for forgiveness, stating that it was unfair to forgive Yilmaz. However, Cevdet Yilmaz’s request for “mercy” was accepted by the Dutch King Willem-Alexander, who stated that he had been in prison for 38 years. The King of the Netherlands signed the decision to pardon Yilmaz.

He got married and had a child

In addition to the government, relatives of the victims also react to the decision, according to the Dutch media. Yilmaz, who got married and had children while in prison, has remained in a clinic where criminals are staying and being treated in recent years.
Yilmaz, who has been out of prison within the scope of the rehabilitation program for a while, started to work on the condition of a travel ban and a notification requirement.

Yozgat Boğazlıyan registered in the population Yilmaz, after the amnesty he plans to return permanently to Turkey it said. 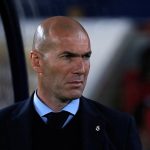 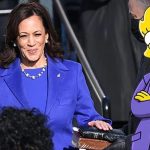