“New York is unfortunately out of control now,” said US President Trump, adding that armed attacks in New York under the direction of the Democrats have increased 358 percent. 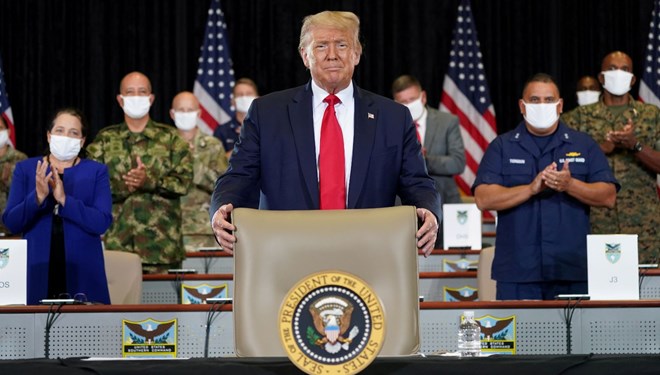 “New York is now out of control,” commented US President Donald Trump, noting the increasing crime rates in cities under Democrats who wanted the police to be disbanded.

Trump held a roundtable meeting with citizens with “good memories” with the security forces at the White House.

Following the recent protests in the country, Trump pointed out the demands of the Democratic section to disband the police and cut the funds to the organizations and said, “The police of our country have been blockaded in recent weeks”.

In his speech, Trump shared the view that “the irresponsible politicians made a stain on their behalf by making our security forces look like enemies,” recalling that the police officers on duty were also harassed, injured and killed.

Pointing to the increasing crime rates in New York, where he was born and lived for many years, Trump said, “Armed attacks in New York increased by 358 percent. It is hard to believe, but the city administration did what they wanted and said, ‘Black Lives Matter (Blacks New York is unfortunately out of control now. ”

Trump praised the fight against crime of former New York Mayor Rudy Giuliani, who was charged with “human rights violations” for his actions during his tenure, “Liked or dislike Rudy, he did a very good job in fighting crime. He is the biggest municipality in New York. He was president. ” said. 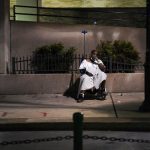 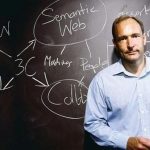