Preparing to hand over his mandate, which he started in January 2017, to Biden on January 20, Trump’s presidential term has been widely discussed in the national public. Trump became the first president in America to face the impeachment process for the third and second time to undergo impeachment investigation.

The presidency of Donald Trump, who began his post as the 45th president of the USA in January 2017 and will leave his post on January 20 after his Democrat opponent Joe Biden was victorious in the elections held on November 3, 2020, has been stormy.

Born and raised in New York and one of the wealthiest businessmen in the country, Trump received great interest from both the political community and the press after announcing on June 16, 2015 that he would run for the presidential election to be held in November 2016 from the Republican Party.

Contrary to all polls, Trump defeated Democratic presidential candidate Hillary Clinton on November 8, 2016, and took an oath on January 21, 2016. After this date, Trump became one of the most controversial presidents in US history.

Trump has been the target of criticism, especially with his success in the field of economy, as well as his domestic and foreign policy, radical changes in his cabinet, his war with the media and the recent Congressional raid.

During the demonstrations held on the day Trump took his oath in the capital Washington DC, 217 people were arrested and 9 were injured.

Trump, one of the most controversial presidents in US history, will hand over his seat to Democrat Joe Biden on Wednesday, January 20.

Defending that the election results are “fraudulent”, Trump will not attend Biden’s inauguration and will have gone beyond a political tradition in the history of the country.

As soon as he took office, Trump found himself in his arms about the investigation into his team’s relations with Russia during the election campaign.

The allegation that Russia intervened in the elections through cyber attacks and affected the election results in favor of Trump began to be investigated immediately after the election through both the Federal Bureau of Investigation (FBI) and the relevant committees in Congress.

While the dismissal of James Comey, the director of that day FBI, who was at the top of the FBI investigation, by Trump on May 9, 2017 caused an earthquake in the country, the Ministry of Justice announced Robert Mueller, a former FBI Director, “Special Prosecutor” on May 17, a week later. investigated in his capacity.

During this period, many people from Trump’s election team were charged with crimes, and many people, especially National Security Advisor Michael Flynn, lost their seats.

Specially Authorized Prosecutor Robert Mueller presented the report of the 22-month-long Russia Investigation to the Ministry of Justice on March 22, 2019.

Justice Minister William Barr, on the other hand, reported the important findings of the report to Congress in a letter and noted that no conclusion could be reached indicating that Trump was collaborating with Russia secretly.

While Trump argued that he was completely acquitted as a result of the report, Democrats claimed that Trump “was trying to obstruct justice”. Facing the cameras on May 29, Mueller announced that the Russian investigation file was officially closed.

Trump used the phrase “witch hunt” for the investigation in this whole process and in his statements later on.

Trump’s tense moments with members of the press were reflected in the camera, both in the meetings he held at the White House and in his front-door statements while leaving the White House.

Trump, who has frequently accused the media of being the “collaborator” of the Democrats, described the media organizations as “Fake News” in his posts on Twitter.

Trump does not accept the 2020 election results

One of the most important events that marked Trump’s last term was the 3 November 2020 elections, in which he was defeated.

However, from the next day, Trump fell behind Biden in many states, especially with the counting of the votes received by mail, and it was announced that Biden won the elections on 7 November 2020.

Trump then filed lawsuits in many states, claiming that the results were “fraudulent” and the real accident, but Trump did not get any results from these cases.

In the US, all Trump’s objections fail, but on January 6, members of the US Senate and House of Representatives meeting under Vice President Mike Pence to confirm the election results.

Trump held a rally in front of the White House on the morning of the same day, inviting his supporters to march to Congress and said he would accompany them.

Thereupon many protesters marched towards the Congress building, while some protesters crossed the police barricade and entered the Congress. While the sessions in the congress were suspended, many politicians, especially Pence, were taken to safe areas.

After about 4 hours of raid, the protesters were taken out and the session resumed where it left off. It was stated that Trump provoked the public and was responsible after the incident, which was recorded as “January 6 Congress Raid” in the records.

Social media networks also started a major prevention operation against Trump after the pressure from the Congress. First, Twitter deleted some of the tweets Trump posted during the events. Then Facebook and Instagram announced that they restricted access to Trump’s accounts for 24 hours and Twitter for 12 hours.

Trump, who was accused of two impeachment clauses in the House of Representatives in December for about 5 months, was cleared of both charges as a result of the vote held in the Senate on February 5.

Trump faced the agenda of impeachment for the second time, very shortly before the end of his term of office.

Democrats in Congress took an important step towards the trial of Trump, whom they held responsible for the Congressional raid, on January 13 and submitted the impeachment clause to the General Assembly of the House of Representatives.

One week before the end of his term of office, Trump’s impeachment clause, accused of “incitement to rebellion”, was accepted with 232 “yes” votes against 197 “no” votes. It was noteworthy that 10 Republican MPs also voted “yes” to the dismissal clause.

Thus, Trump, the 45th President of the United States, made history as the “first president ever blamed twice for demanding his dismissal”.

The process in the Senate regarding Trump’s dismissal is scheduled to begin on January 19.

Could not hold stitches in cabinet

One of the most important articles that marked Trump’s presidential term in domestic politics in the USA was that he could not stitch in his cabinet.

Trump’s announcement of the dismissal of some names on Twitter and the fact that the dismissed people were dismissed in this way frequently kept Washington busy on the agenda.

One of the positions where Trump made the most changes in the administration was the National Security Advisory seat. The Trump administration has so far dismissed a total of 3 national security advisers, including Michael Flynn, Raymond McMaster and John Bolton.

One of the most revised and controversial posts in the Trump cabinet was the White House Spokesperson.

Sean Spicer, the first press spokesperson for the White House, launched a “war” against the Washington press on the first day of his tenure. Spicer announced that he resigned on July 21, 2017, after Trump appointed his New York financier friend Anthony Scaramucci as White House Communications Director.

Sarah Sanders, who was fulfilled after Spicer, left her post in June 2019 after about 2 years. In Sanders’ seat, Stephanie Grisham, the communications director of Donald Trump’s wife Melania Trump, came. Upon Grisham’s departure from his post in April 2020, Kayleigh McEnany was appointed as his replacement.

On the other hand, many people from the White House and cabinet left the Trump cabinet after the January 6 Congressional pressure.

In the USA, which faced the reality of Covid-19 in March 2020 and has been fighting in the grip of the epidemic in both health, social and economic fields, “Trump administration’s virus policies” is one of the most criticized issues.

Comparing Covid-19 with flu in the first days of the epidemic and arguing that everything is under control, Trump’s anti-mask and quarantine attitudes also drew attention in the following months.

In the USA, during the presidential election on November 3, 2020, Covid-19 policies were used against Trump. 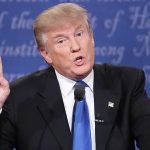 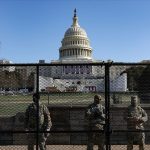