All bars, restaurants and cafes in the Netherlands closed due to the dramatic increase in the number of coronavirus cases.

Following the dramatic increase in the number of coronavirus cases, restrictions once again imposed on public life in the Netherlands.

Dutch Prime Minister Mark Rutte made a televised statement on the issue Tuesday. “We are very sorry but this is the only way. We have to be tougher.” Rutte said that from Wednesday night all the bars, cafes and restaurants in the country will be closed. Rutte announced that only take-away services would be allowed.

All these restrictions will come into effect on Wednesday at 22:00 and will remain in effect for two weeks. The government will examine how effective the bans were during this time.

The Netherlands has followed a softer epidemic policy than other European countries that have neighbors for months. But the government is struggling to contain the second wave.

According to the information given by the European Center for Disease Prevention and Control, the Netherlands ranks third in Europe in terms of the rate of new cases seen in 100 thousand people. Dutch health authorities announced that 43,903 more people caught coronavirus last week. Announced that 150 people died from Covid-19 disease. 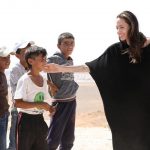 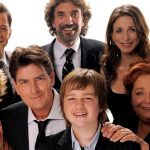