In the Netherlands, the government closes bars and restaurants due to an increase in the number of new types of Coronavirus (Covid-19) cases. Announced that it decided to make wearing masks mandatory in closed areas.

Dutch Prime Minister Mark Rutte at a press conference on the government’s decisions. Reported that restaurants and bars will be closed again from midnight tomorrow.

Rutte, stating that it is mandatory to wear masks in closed areas for those over the age of 13, “We do not want to repeat what happened in the spring.”

Expressing that house parties are banned, Rutte asked that no more than 3 guests be accepted to the houses. Expressing that public transportation trips will also be reduced. Rutte Noted that “partial quarantine” will be passed and after 20:00, the sale of alcoholic beverages is prohibited.

Dutch Health Minister Hugo De Jonge also said that if the situation worsens, a complete quarantine. Pointing out that they are “inevitable”, “the fastest way to lift measures is to enforce them firmly.”

As part of the new measures, amateur sports events and other events will not be held from Wednesday night.

The National Institute for Health and Environment (RIVM) of the Netherlands Ministry of Health said in a written statement this morning reported that 7 thousand 393 new cases were detected in the last 24 hours and 43 thousand 903 new cases in the last week.

RIVM announced that the number of deaths increased by 150 to 6,587.

RIVM, number of cases detected and deaths occurred in the last week. Pointed out that it increased 60 percent compared to the previous week. 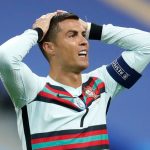 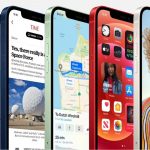