The last 4 teams to go to EURO 2020 have been announced. North Macedonia won the tournament ticket for the first time. Hungary, Slovakia and Scotland also got their name written in the championship.

Following the EURO 2020 play-off finals, North Macedonia, Hungary, Slovakia and Scotland qualified. The play-off finals, in which the final teams to participate in the tournament will be determined, have been completed.

North Macedonia qualified for the tournament by beating Georgia 1-0 on the road. Goran Pandev scored the goal that brought the guest team victory in the match played at Boris Paichadze Stadium in Tbilisi, the capital of Georgia, in the 56th minute.

With this result, North Macedonia, which has the right to participate in the European Football Championship for the first time in its history, will take place in Group C with the Netherlands, Ukraine and Austria.

Hungary won the championship ticket by beating Iceland 2-1 with goals scored in the last minutes of the match where it fell 1-0. Iceland’s goal scored by Gylfi Sigurdsson in the 11th minute, while Loic Nego and 90 + 2 in the 88th minute gave Hungary the win. Recorded the minute Dominik Szoboszlai. Hungary will play in Group F with France, Germany and Portugal for points.

The normal duration of the fight between Northern Ireland and Slovakia ended 1-1 with own goals by Juraj Kucka and Milan Skriniar. Finding another goal with Michal Duris in the 110th minute, Slovakia became the participant in the championship. Group E includes Poland, Spain and Sweden as well as Slovakia.

Serbia, which hosted Scotland on its field, took the match into extra time with the goal it scored in the last minutes of the match that it fell 1-0. Scotland, which won the match 5-4 with penalty shootouts, where the equality was not broken in the extra time, showed the success of participating in a big tournament 23 years later. Scotland will compete in Group D with England, Croatia and Czechia.

The 2020 European Football Championship was postponed to the summer of 2021 due to the coronavirus (Covid-19) outbreak. 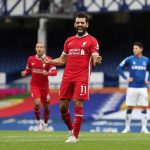 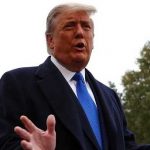