In the UK, the government has spent £ 280 billion so far to combat the economic effects of the pandemic and support employment.

Britain, whose economy of approximately $ 2.8 trillion (£ 2.06 trillion) is based on the service sector, has been deeply wounded by the new type of coronavirus (Covid-19) pandemic.

The British government has spent £ 280 billion so far to combat the economic effects of the pandemic and support employment. £ 73 billion of the amount used to pay 80 percent of the salaries of those who unable to work during the pandemic.

During the pandemic period, additional financial support of £ 127 billion provided to health services, which had the greatest burden. £ 66 billion given as loans and grants to businesses that had to close the shutters during the pandemic.

The unexpected expenses due to the pandemic caused the British government’s accounts to change.

Under normal circumstances, the government, which plans to make public borrowing at the level of £ 55 billion in the pre-pandemic one-year tax period (April 2020-April 2021). At the end of this period, it will have borrowed around £ 394 billion.

This will be the largest borrowing ever made by the British treasury outside of the wartime. As of August 2020, the country’s total debt has exceeded £ 2 trillion.

Treasury’s safe was reopened with the pandemic that followed the austerity.

The Conservative Party, which has been in power since 2010, found its way out of the global financial crisis by making serious cuts in public spending for nearly 10 years.

While it has frequently stated that “the austerity has come to an end” recently. The British government had to reopen the treasury’s coffers in order to reduce the economic effects of the pandemic felt since March after years of austerity.

The government, which was able to borrow for 10 years at a very low interest rate of around 0.32 percent compared to many countries, took advantage of this until the end of this period.

In the next period, such high public debt is expected to be reflected to the public with increasing taxes. According to the estimates of the Financial Studies Institute (IFS), headquartered in London, the British economy is projected to be 5 percent smaller than before the pandemic in 2024-2025.

This means that the UK receives approximately £ 100 billion lower tax revenues. By 2025, the total debt of the British economy is expected to rise to 110 percent of its GDP.

IFS estimates that even if an additional £ 40 billion is obtained by increasing taxes, it will not be possible to reduce the total debt to GDP ratio below 100 percent.

Before March, the British Office of Budget Responsibility (OBR), which expects a 1.1 percent growth for the last year in England, predicted that the country will shrink 11.3 percent by the end of 2020.

The Bank of England, on the other hand, predicts a stronger growth of 7.25 percent this year, following an 11 percent contraction in 2020.

It may take longer than expected to heal the wounds of the pandemic.

The Bank of England announced that every necessary step will be taken to support the deteriorating economy, and announced that it increased its asset purchase program from £ 745 billion to £ 895 billion in November. Thus, an additional £ 150 billion was injected into the market.

Although official estimates in the UK indicate economic growth and recovery for this year, it is stated that it may take longer than expected to heal the wounds of the pandemic.

An “army of the unemployed” of 2.9 million is expected in the first half.

According to Citibank’s estimates, unemployment in the UK is expected to rise to around 8-8.5 percent in the first half of this year. Thus, an “army of the unemployed” of 2.9 million, which has not been seen since the 1990s, is expected to form in the country.

According to the Bank of England, unemployment is projected to rise from 4.5 percent to 7.75 percent in the first 6 months of 2021.

In the UK, the closure of retail stores where products that are not considered essential for protection from the pandemic are closed, restaurants, cafes and entertainment venues are closed for a long time, and the rents that are difficult to pay are driving retailers into bankruptcy.

Finally, Arcadia Group, one of the largest apparel chains in the country and containing many famous brands such as Top Shop, Burton and Dorothy Perkins, announced that it went bankrupt in November. 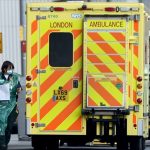 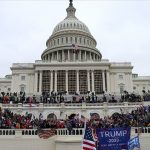