It has been announced that British scientists have produced a contraceptive to control the number of invading gray squirrels. Zac Goldsmith, a member of the House of Lords responsible for animal welfare, said experts are looking for ways to sterilize female squirrels, while gray squirrels and other invasive creatures have damaged the UK economy £ 1.8 billion.

In the UK, invasive gray squirrels have become a major issue in the country in recent days.

Zac Goldsmith, a member of the House of Lords responsible for animal welfare, said experts are looking for ways to neuter female squirrels.

British scientists then announced that they had produced an oral contraceptive to control the number of invading gray squirrels.

It was reported that gray squirrels brought from North America to Britain by landowners in the 19th century proliferated and British red squirrels began to threaten their future.

It was underlined that gray squirrels and other invasive species cost the UK economy around £ 1.8bn each year, while gray squirrels also pose a threat to woodlands as they peel the bark and damage trees.

The Royal Forestry Association, which has funded research into squirrel birth control, called last week for the gray squirrels to be culled.

Speaking to the, association chairman Simon Lloyd said that unless gray squirrels are brought under control, new trees planted to store carbon and preserve biodiversity will not survive.

Lord Goldsmith said that the uncontrolled proliferation of these squirrels could undermine the government’s goal of creating 30,000 hectares of new forestland each year by 2025 as part of the fight against the climate crisis.

“Invasive species such as gray squirrels and litter deer clearly threaten our natural biodiversity,” Goldsmith said. “The Forestry Commission is setting guidelines to protect the red squirrel habitat and control gray squirrels. But in the longer term, the Roslin Institute is investigating ways to neuter female gray squirrels. This will open a more humane way to reduce the number of squirrels. In addition, we support the work of the UK Squirrel Association to develop an oral contraceptive method to reduce the gray squirrel population, ” continued.

It is stated that Lord Goldsmith’s statements will also receive the support of Prince Charles, who is known for his admiration for red squirrels.

The Prince of Wales supported the government’s plan to sterilize gray squirrels through chocolate-filled traps and birth control pills at a meeting with members of the UK’s Chipmunk Association in 2017.

As the prince of Wales celebrated his 70th birthday, he published a letter in Country Life magazine expressing his love for the red squirrels. The letter contained the following statements: “Sometimes I fill the pockets of my jackets with nuts and leave them in the garden, and when I see their tails, I understand that they came to hunt hazelnuts. Extremely special creatures “ 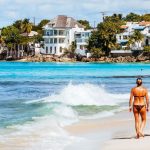 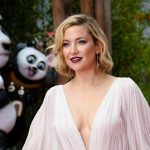