Scientists are worried about a potential pandemic different from Covid-19: Mortality rate 75 percent. As the world struggles with the new type of coronavirus (Covid-19) pandemic, scientists are examining other viruses that can cause pandemics. It is stated that reasons such as climate change, habitat destruction and plastic pollution and urbanization increase new viruses and a different potential pandemic threat day by day.

Based on their research, experts announced that one of the most worrying ones was the ‘nipah virus’. The mortality rate of the disease, which does not have a vaccine and treatment, varies between 40 and 75 percent depending on the region where the pandemic occurred, and it causes many people to become infected due to the long incubation period.

75 percent of newly emerging diseases are passed from animals to humans, meaning most of them are zoonatic. Covid-19, thought to originate from pangolines sold at an animal market in China, was no different. But like Covid-19, zoonotic diseases are becoming more risky for humans due to our own actions. Our impact on climate, invasion of wildlife habitats and global travel has helped the circulation of animal-borne diseases. Combined with urbanization, overpopulation and global trade, scientists believe that different pandemics await us in the coming years.

NIPAH VIRUS MAY CAUSE A POTENTIAL OUTLOOK

Researchers think that the Nipah virus (NiV) detected in Southeast Asia has the potential to initiate a new pandemic in the coming years. There is no vaccine for the disease, with a mortality rate of up to 75 percent.

Thai virologist, Supaporn Wacharapluesadee, who was one of the first to examine new types of coronavirus samples in Wuhan, runs the Thai Red Cross Emerging Infectious Disease-Health Sciences Center in Bangkok. For the last 10 years, he has been involved in the worldwide Predict project to detect and stop diseases that can spread from animals to humans. However, even as the world grapples with Covid-19, Wacharapluesadee is already on the hunt for the next pandemic …

As his career spent studying thousands of bats, Wacharapluesadee and his colleagues discovered many new types of coronaviruses. However, the scientist explained that among them, the Nipah virus worries him the most.

Stating that fruit bats are the natural hosts of the Nipah virus, Wacharapluesadee said, “Nipah virus has no cure and causes high mortality. The mortality rate varies between 40 percent and 75 percent depending on where the pandemic occurs.”

Wacharapluesadee announced that it is currently estimated that around 700 people in the world are infected with the Nipah virus, and 50 to 75 percent of those infected have died.

However, Wacharapluesadee is not alone in his concern. Each year, the World Health Organization (WHO) evaluates a large list of infectious diseases that can cause public health emergencies to decide how to prioritize research and development funds. Nipah virus is in the top 10 of the list.

There are several reasons why the Nipah virus is so important and arousing: The long incubation period (45 days) of the disease means that there is ample opportunity for an infected person to spread it without realizing that they are sick. The second infects different types of animals, which increases the likelihood of the disease spreading. In addition, disease can be transmitted through direct contact or by consuming contaminated food.

However, someone who contracts the Nipah virus experiences respiratory symptoms such as cough, sore throat, pain, fatigue, and swelling of the brain, which can cause seizures and death.

THE CAUSE OF OUTSTANDING DISEASES HABITAT DESTRUCTION

In 1998, a Nipah virus outbreak in Malaysia killed more than 100 people. The researchers concluded that wildfires and local drought eject bats from their natural habitat and direct them towards fruit trees and trees that grow on the same farms as pigs. It was seen that bats under stress spread more viruses. Being forced to relocate and being in close contact with a species they would not normally interact with allowed the virus to spread from wounds to pigs and then to farmers.

Asia, on the other hand, is home to about 15 percent of the world’s tropical forests, and the continent is experiencing extreme biodiversity loss and deforestation. Most of the devastation is due to the destruction of forests products such as palm oil and the creation of new urban areas.

Bats, whose habitats have been destroyed, find new shelters like the roof of a house. “The destruction of bat habitat and human intervention through hunting drives them to look for new roosts. Bats can visit up to 100 kilometers in search of a fruit. Bats, however, harbor a range of nasty diseases such as Nipah, Ebola, Sars and Covid-19,” said virologist Veasna Duong. ” said.

KILLING THE BATS IS NOT THE SOLUTION

Well, if bats harbor such dangerous diseases, wouldn’t the problem be solved if we destroyed them? “Bats play very important ecological roles,” says Tracey Goldstein, laboratory manager of the Predict Project. They are pollinating more than 500 plant species. They also help keep insects in check, for example they play a crucial role in disease control in humans by reducing malaria by eating mosquitoes, ”he pointed out to the importance of bats in biodiversity and human perennial.

In addition, emphasizing that killing bats will have very dangerous consequences, Golstein said, “When you reduce the numbers, what a population does is to have more offspring. By killing animals, you increase the risk, because you increase the number of creatures that spread viruses.”

On the other hand, because the Nipah virus is so dangerous, it is considered by governments around the world to have bioterrorism potential, and only a handful of laboratories are allowed to cultivate, grow, and store it. 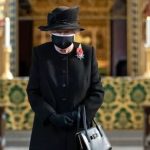 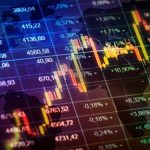