Visitors of the lion and wildlife park named “Ranch de Bandia”, which is about 70 kilometers from Senegal’s capital Dakar, ride in caged vehicles near the lions wandering in the open area.

The wildlife park in Senegal, where visitors can get close to the lions wandering in the open by riding caged vehicles, offers a different zoo experience.

Visitors of the lion and wildlife park named “Ranch de Bandia”, which opened in January 2017 in the city of Nguekhokhe, which is about 70 kilometers from the capital Dakar, enter the “cage” to see closely the lions wandering in the open area reserved for them.

Visitors, who ride in specially designed caged vehicles covered with wires, can approach the lions roaming freely in a 5-hectare area, touch through the small windows in the vehicle and take photos with them.

Lions, who smell meat on the vehicle, sit on the roof and hood of the vehicle and wait for the guides to give them meat.

Car driver and tour guide Nazih Salman said that he has been with the lions since the park was opened in 2017 and said, “Every lion has a different character. We trust each other, especially with someone, named Madiba. I play with him, even put my hand in his mouth, but he never bites. He knows and trusts me. ” said.

Cristophe Dering, one of the directors of the park, said that they offer visitors a very different tour that they cannot experience anywhere else.

Dering stated that lions are not trained in any way and that they roam freely in an area of 5 hectares, “We launched the Ranch de Bandia project with my partner Jack Rezk in January 2017. Visitors have the chance to get this close to a wild animal like a lion, perhaps for the first time in their lives. “In zoos, we put people in cages instead of confining them in tiny cages. So we respect their living spaces.”

Stating that there are 6 adults, 2 young and 3 cub lions in the park, Dering noted that each adult and young lion consumes 100 kilograms of fresh meat per week.

Dering emphasized that lions underwent routine health checks, as well as special food supplements and offal for each lion.

Stating that there are 3 white lion cubs in the park, which are rare in nature, Dering stated that visitors can touch these cubs for up to 5-6 months and even take them on their lap and play games with them.

Dering explained that besides lions, there were animals such as zebras, giraffes, deer and gazelles in the park and continued his words as follows:

“We are famous for our lions, but we serve in an area of 50 hectares. Only 10 people take care of lions. Total number of our employees is 80. We have 17 detached houses, 4 of which have a pool. They stay with nature in the middle of the savannah. We also have different alternatives for families with children. We are currently developing the park. We will implement a separate concept especially for children by increasing our animal capacity. 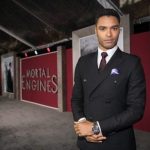 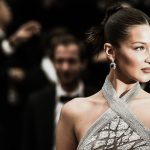