Singer Azealia Banks exhumed her cat, who died because of moving, from the grave in the garden of her home, and burned the remains of the body in a pot. This act of the famous singer caused reactions.

Singer Azealia Banks had another scandalous incident when she wanted to take the grave of her cat, who died while moving, with her.

The singer, who decided to move to Miami from California, where she lived, wanted to take her cat, which she lost last year, with her.

Extracting the body of her cat Lucifer’s grave by digging her grave, Banks then burned the remains of the body in a pot.

Banks, who shared these moments on his social media account, drew the reactions. Then the video was deleted from Instagram.

Banks, who previously came to the agenda with the claim that Elon Musk offered her a relationship, was sued.

WHO IS AZEALIA BANKS?

American rapper and songwriter Azealia Banks was born in New York. After her first recording “Seventeen”, she recorded “L8R” and clips this song. She collaborated with Major Lazer after covering Interpol’s song “Slow Hands”. The song “212” from 1991, his first EP released in 2012, gained worldwide recognition. After that, he released a mixtape called Fantasea and organized the Fantasea Tour for this mixtape. 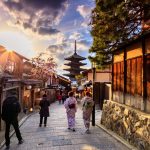 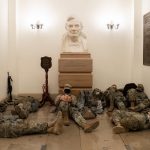