Former British Prime Minister Gordon Brown called for state administration reform, stating that dissatisfaction in Scotland, which called for a new independence referendum, threatens the unity of the United Kingdom.

London
Brown stated that the UK urgently needs to rediscover the things that hold it together and resolve issues that divide society.

Noting that regional governments complained that the central government rarely consults them on the measures taken within the scope of the new type of coronavirus (Covid-19) outbreak, Brown pointed out the danger of the dissolution of the United Kingdom, which consists of England, Scotland, Wales and Northern Ireland.

“Indeed, dissatisfaction in Scotland is so deep that it threatens the end of the UK,” the former Prime Minister said. used the expression.

Noting that more than half of the people in Scotland express their views on economic independence, Brown emphasized that there is a general dissatisfaction among the people throughout the country and that the central government does not think about them.

Brown stated that the public often thought that they were treated like second-class citizens, and that trust in the institutions of the country was lost, not just British politicians.

“I now believe the choice is between a reformed state and a failed state.” Brow, who made an assessment, called on Prime Minister Boris Johnson to establish the Democracy Commission promised in the election manifesto and review the way the entire UK is governed after the pandemic was brought under control.

While the recent polls in Scotland showed that the people wanted independence, Nicola Sturgeon, the Prime Minister of the Scottish Regional Government and the leader of the Scottish National Party (SNP), announced that they would go to the independence referendum, even without the approval of the central government, after winning the elections in May. 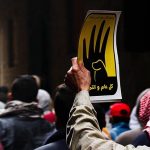 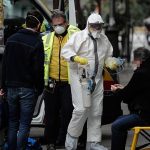