In an atmosphere of controversy over electoral fraud, the raid by Congress strongly changed the entire outlook of politics against Trump.

The turbulent 4-year presidency of the 45th President Donald Trump in the USA ends with the political crisis shaped around the raid of Congress and Trump’s impeachment process.

Joe Biden, who will take an oath and formally take office on January 20, will sit in the presidency on a political agenda covered with gray clouds.

Trump’s last months in the presidency, which has been the subject of controversy with many of his decisions, passed with the discussion of whether there was a fraud in the presidential election held on 3 November.

Claiming that the Democrats won the elections by cheating the postal votes, Trump could not get a result in the state courts and could not find what he wanted in the Supreme Court.

Trump’s strong and emotional bond with his electoral base was reflected in the post-election cheating debate. National polls revealed that more than 80 percent of Republicans “believed electoral fraud”.

In such an atmosphere, while the votes of the state delegates were counted at the joint session in Congress on January 6, tens of thousands of Trump supporters came together outside to show their support for their presidents.

Some of the tens of thousands of people marching to the Congress Building after the rally broke through the police barricade and entered the building, and images of raids in American history emerged.

While Trump’s calls for calm did not satisfy the Democrats and the media while the incident was going on, a long-lasting political crisis has passed into the history books.

In an atmosphere of controversy over whether there was an election fraud, the invasion of Congress strongly changed the outlook of politics against Trump.

Immediately after the incident, all Democrats and mainstream media blamed Trump, while the Democrats submitted the impeachment clause against Trump to the House of Representatives on January 11, “on charges of incitement to revolt”.

Raising a separate bill on Tuesday, the Democrats urged Vice President Mike Pence to “dismiss Trump by introducing the 25th additional article of the Constitution.”

Pence stated that he would not take such a step with his statement before the end of the vote, and that such an effort would further strain the already polarized political atmosphere.

In a vote held at the General Assembly of the House of Representatives on January 13, a week before the end of his term of office, the impeachment clause in which Trump was accused of “incitement to revolt” was accepted.

It was accepted with 232 yes votes against 197 no votes. It was noteworthy that 10 Republican MPs also voted yes to the said dismissal clause.

Thus, Trump, the 45th President of the United States, made history as the “first president ever blamed twice for demanding his dismissal”.

What will happen in the Senate?

The next address of the impeachment clause, which Trump was accused of “incitement to rebellion”, will be the US Senate.

The trial at the Senate, which is expected to meet sometime after January 20, will decide whether Trump is guilty or not.

For Trump to be convicted, at least two thirds of the 100-seat Senate, 67 senators, must vote in this direction.

If such a decision is made against Trump and Trump is found guilty, it will be the first time in US history that a president has been found guilty and dismissed during the impeachment process.

The Democrats in the Senate plan to hold a separate vote to prevent Trump from taking any more official office if Trump is found guilty in the impeachment vote.

Democrats aim to block Trump’s 2024 presidential nomination completely by holding this second vote, in which the absolute majority (51 senators) will suffice. Democrats are already dreaming of being able to take this step, as the current Senate arithmetic has 50-50 ties, and Vice President Kamala Harris can vote if there is a tie in a vote.

In the current political climate, Republicans warn that efforts in this direction will further increase the division in society, as they oppose Trump’s dismissal.

In this respect, in the Senate voting after the impeachment trial, highly probable Democrats will not reach 67 yes votes and Trump will be acquitted.

Following this vote, new lawsuits against Trump may come to the fore, but time will show whether these lawsuits will prevent Trump’s 2024 candidacy.

The future of the Republican Party and Trump

In this process, Republican Party officials are trying to separate themselves from the Congressional raid, while trying to calculate what kind of relationship they will maintain with Trump.

With some exceptions, no Republican Congressman sees his or her future as independent from Trump’s, as Trump still has strong support from the Republican conservative base.

Both the 2022 Congressional midterm elections and the presidential and Congressional elections in 2024, these Republican names will need the vote of the large conservative voters who voted for Trump.

In this respect, the most prominent scenario seems to be that the Republican Party will continue to do politics around Trump, if Trump is or can be a candidate for 2024.

If Trump ends his political life for any reason, Republicans need to come up with new names for 2024 and preserve the momentum Trump has caught at the base.

While the names of people such as Mike Pence, Nikki Haley, Ted Cruz, Josh Hawley and Tom Cotton are mentioned in the American media, it is emphasized that all scripts depend on whether Trump will be a candidate again. 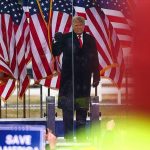 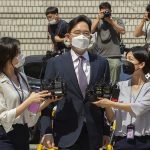