In the US, unprecedented security measures have been taken in Washington and the Ministry of Defense (Pentagon) for the Presidential Inauguration Ceremony, which will take place in the shadow of the tensions during the election process and the violence in the Congress. 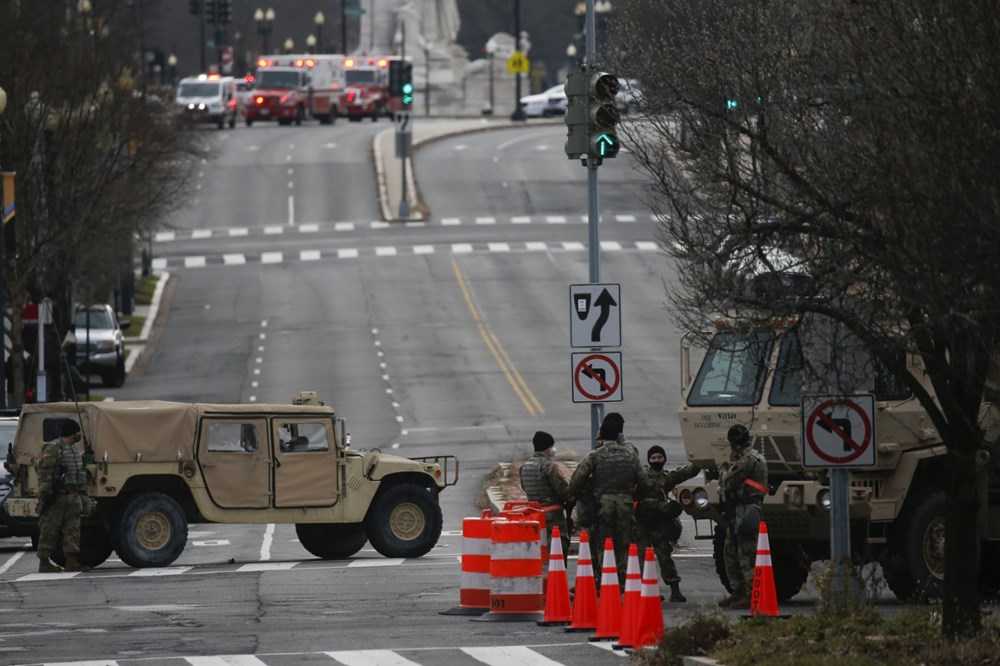 Power change in the USA is considered to be the most critical process in terms of security risks.

While the results of the presidential elections held on the first Tuesday of November have been announced, the president takes over the post on 20 January as required by law. 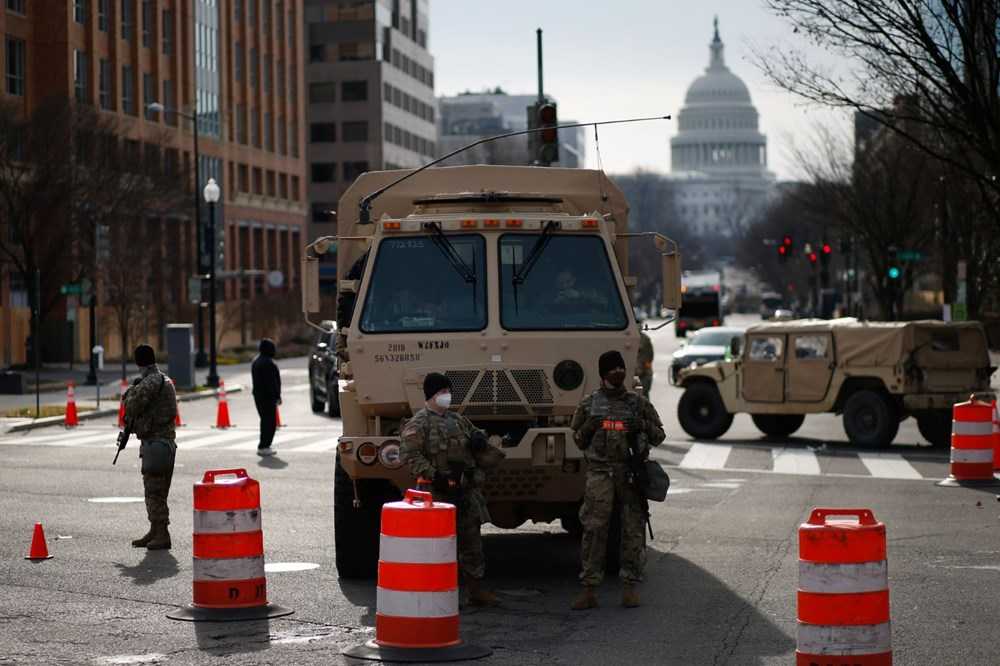 During the intervening 70 days, preparations are underway to approve the elected president’s cabinet members and other officials subject to the approval of the Senate and take over the institutions.

This handover process is characterized as a fragile period in terms of both foreign intervention against the country and foreign operations of the USA. 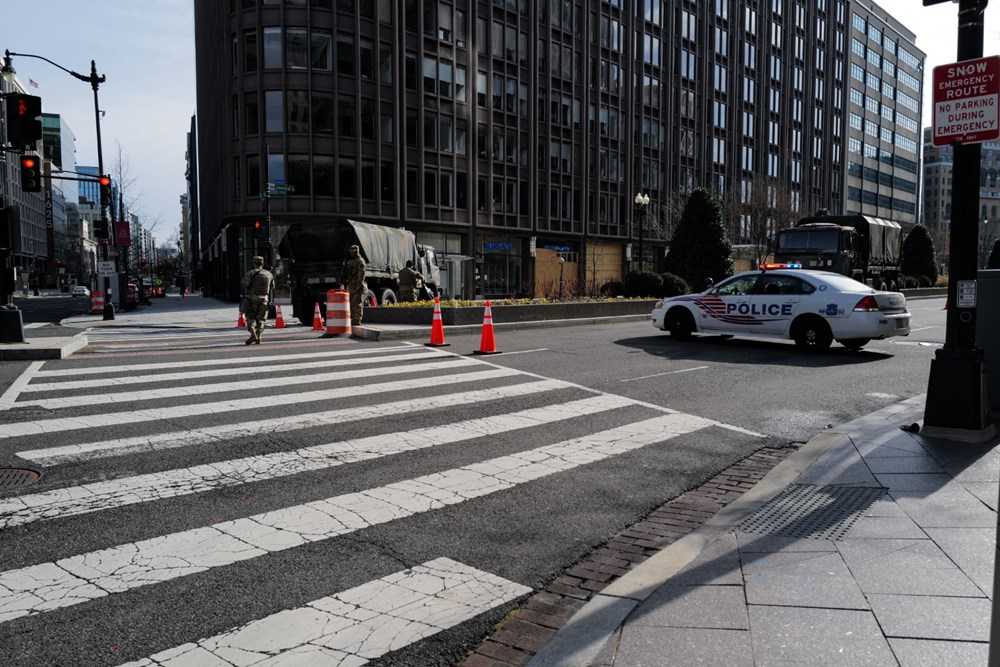 However, what happened after this year’s presidential elections has caused concerns as it has not been seen in the recent history of the country. 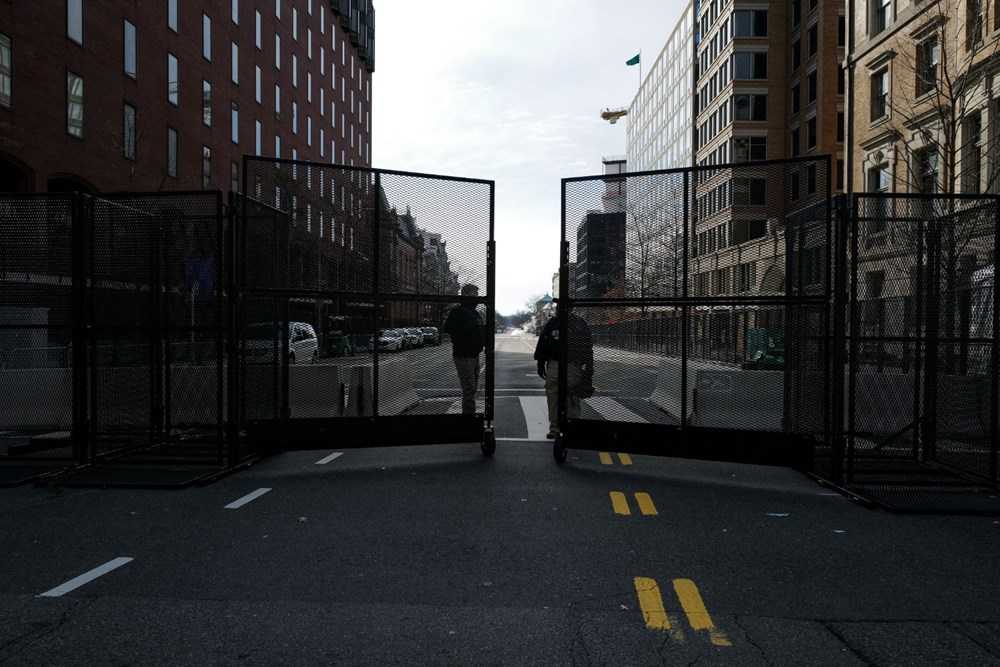 In these elections, around 100 million votes were cast by mail due to the new type of coronavirus (Covid-19) pandemic. Therefore, the result of the election was not clear on the evening of November 3. 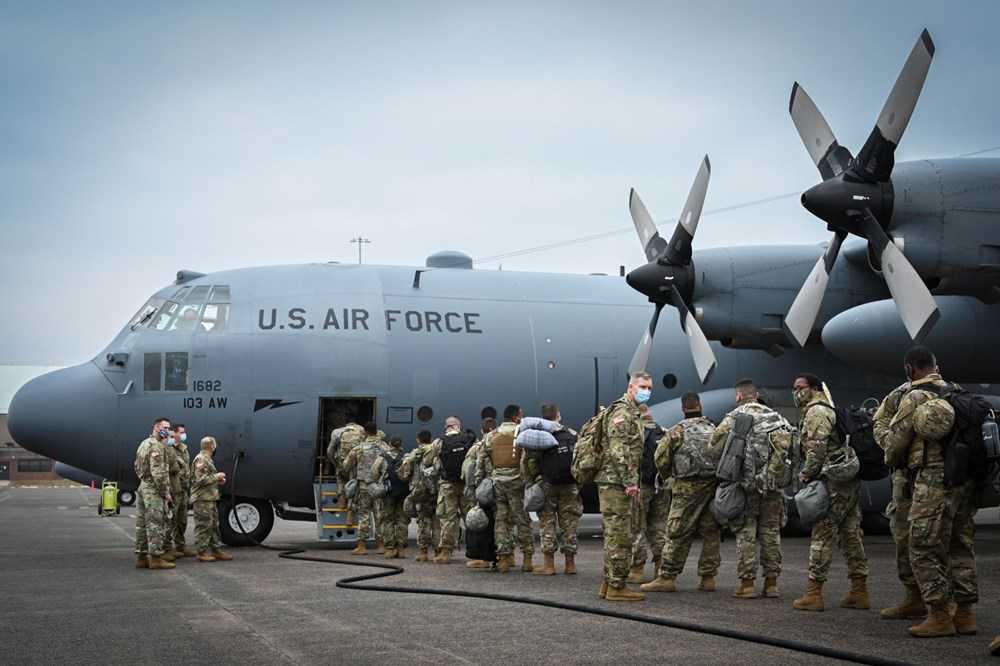 On the other hand, US President Donald Trump objected to the results in many states, claiming that postal votes were fraudulent. 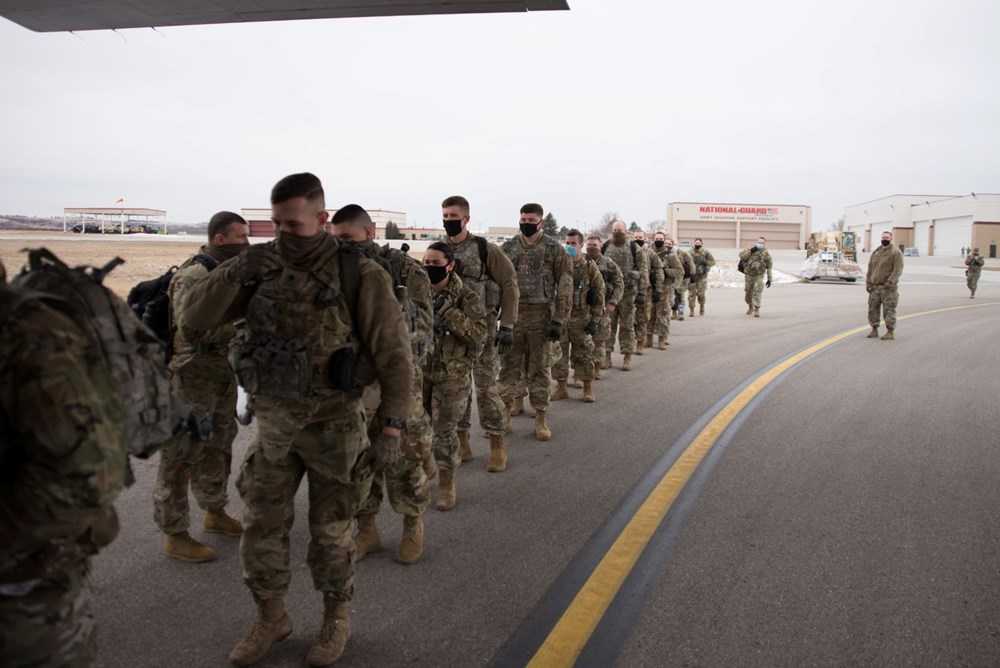 While the allegations of electoral irregularity carried the tension and polarization in the country to very dangerous points, tens of thousands of Trump supporters, including Trump, held a demonstration in Washington on January 6, and tension in the country peaked. 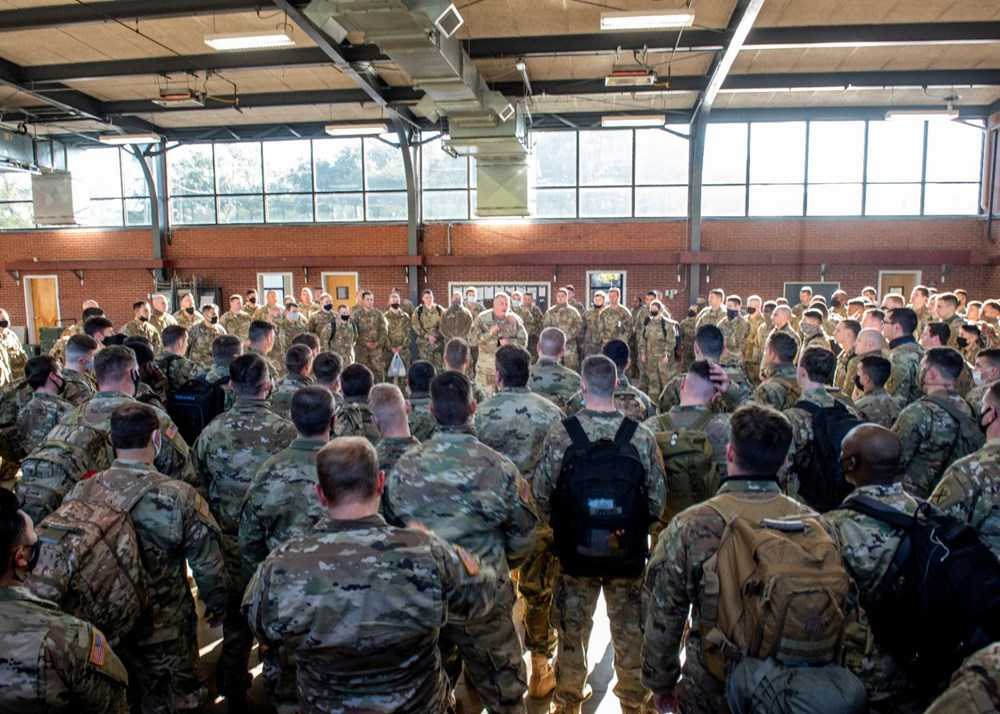 At the Congress, while the approval sessions of the Presidential Election Voting were held, demonstrators marched to the Congress and a large number of demonstrators who broke through the barriers due to insufficient security measures entered the Congress. 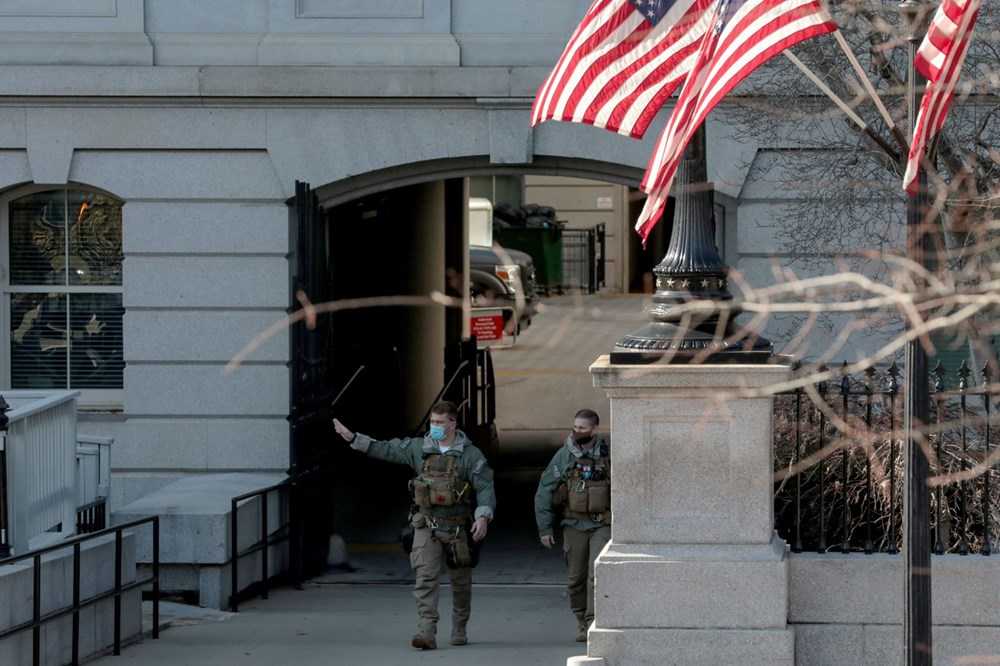 While members of Congress were taken to the bunkers, Vice President Mike Pence, who presided over the approval session, was removed from Congress, and demonstrators occupied the office of House Speaker Nancy Pelosi. 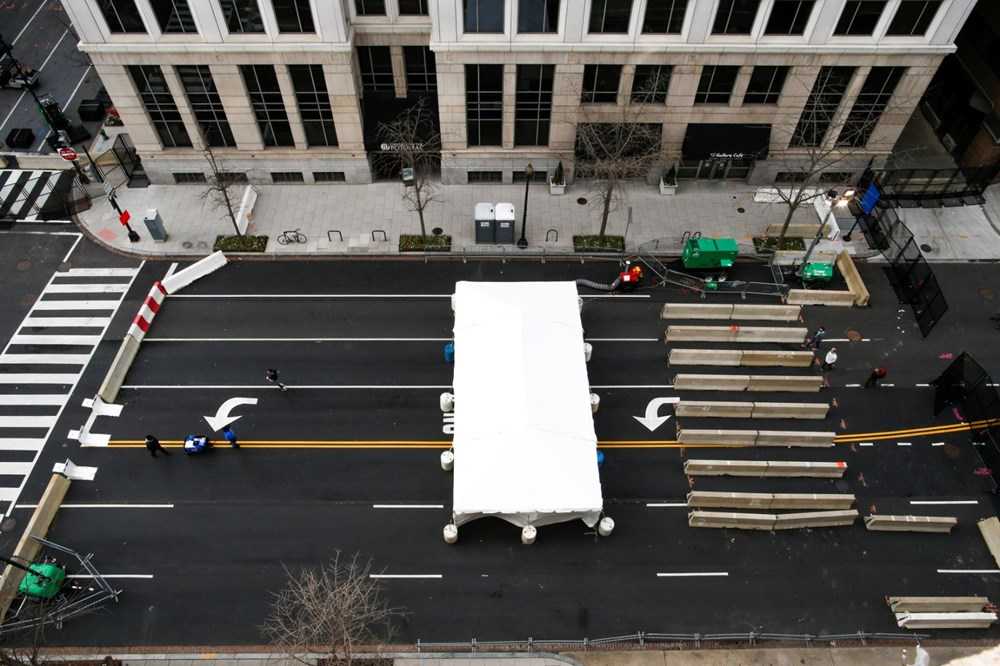 With the deployment of the National Guard to Congress, events were controlled, but after the British occupation in 1814, the American Congress was occupied for the first time. 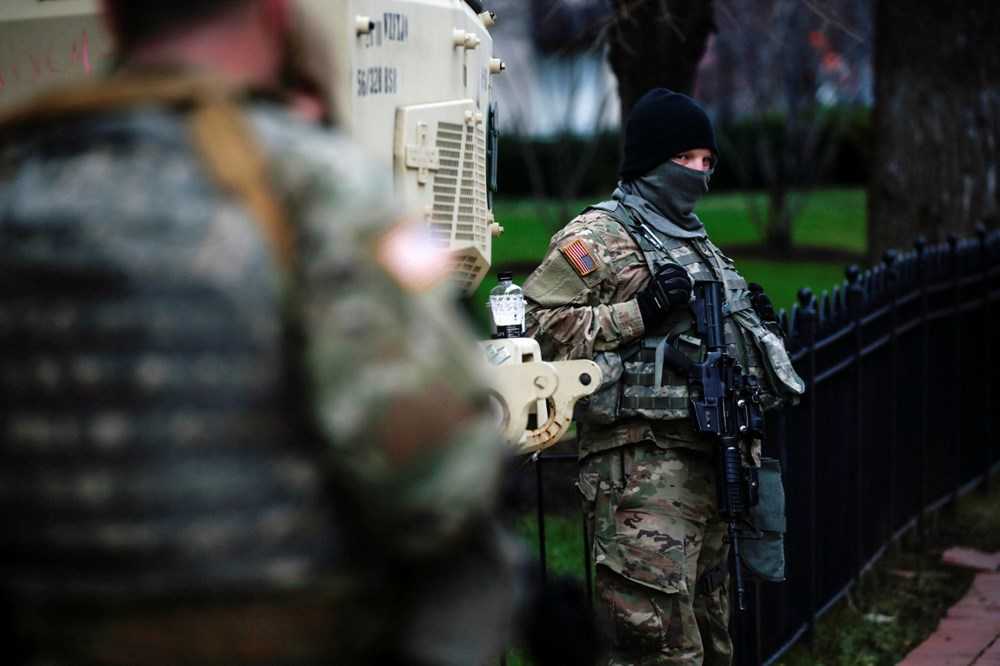 Democrats described these incidents as “coup”, “rebellion” and “domestic terrorism”, while the Federal Bureau of Investigation (FBI) announced that it would launch the most extensive operation in US history, identifying and capturing those entering Congress one by one. 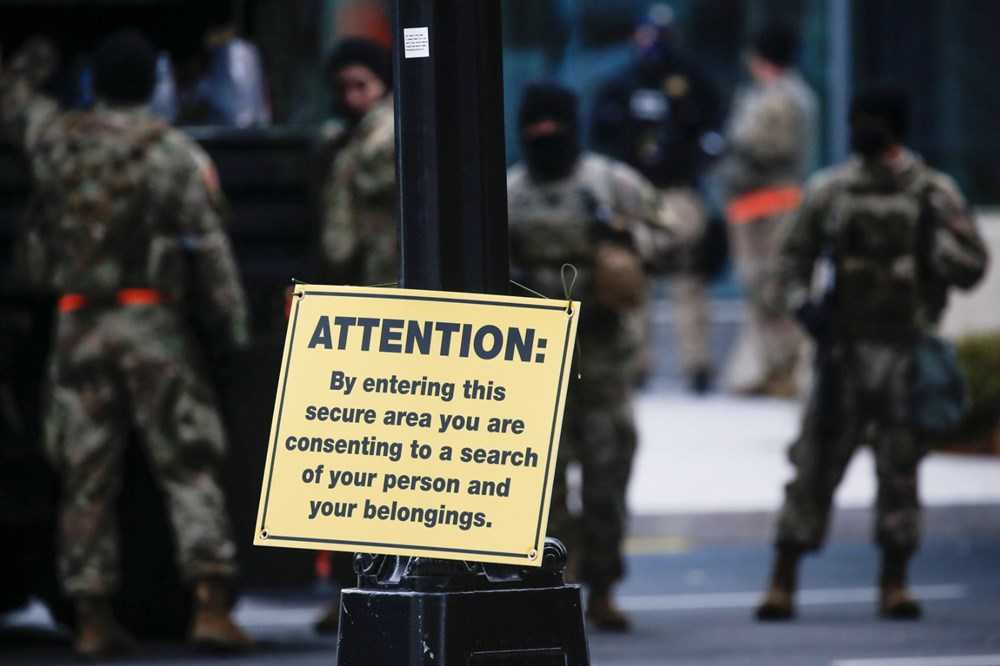 As the investigation into the events of the Congress continues, some groups supporting Trump announced that Democrat Joe Biden will hold an armed demonstration in 50 states on January 20, when the Presidential Inauguration Ceremony will be held. 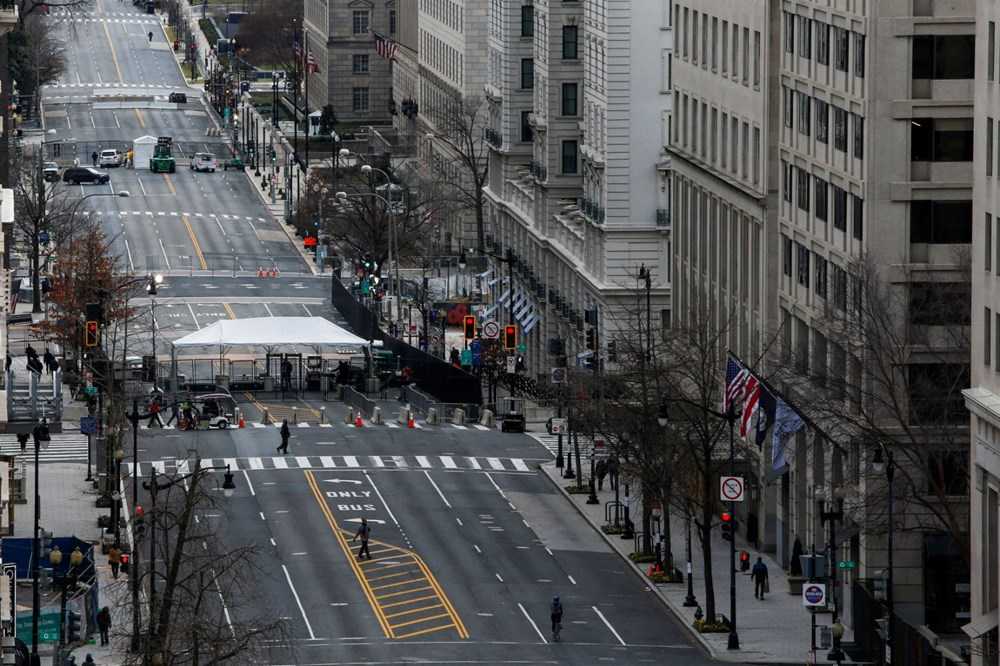 Upon the intelligence that some armed actions could take place in addition to this information, the US Army announced that it would increase the number of 8,500 National Guards it sent to Washington to 21,000 first and then up to 25,000.

The Commander of the National Guard, Gen. Daniel Hokanson, announced that the soldiers who will serve in the capital will be fully equipped and armed. 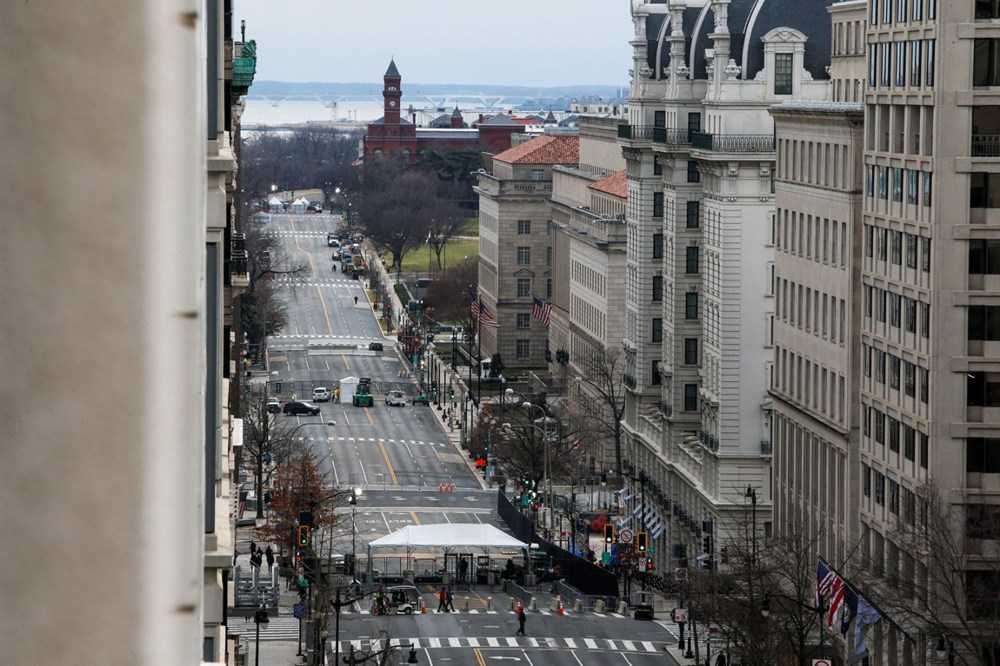 It was stated that the number of National Guard in Washington currently exceeded the number of US troops in Afghanistan and Iraq combined before the Pentagon’s announced withdrawal process last week.

It was noteworthy that the National Guards, who served without heavy weapons in previous events and ceremonies, will take part in Biden’s oath ceremony with heavy weapons. 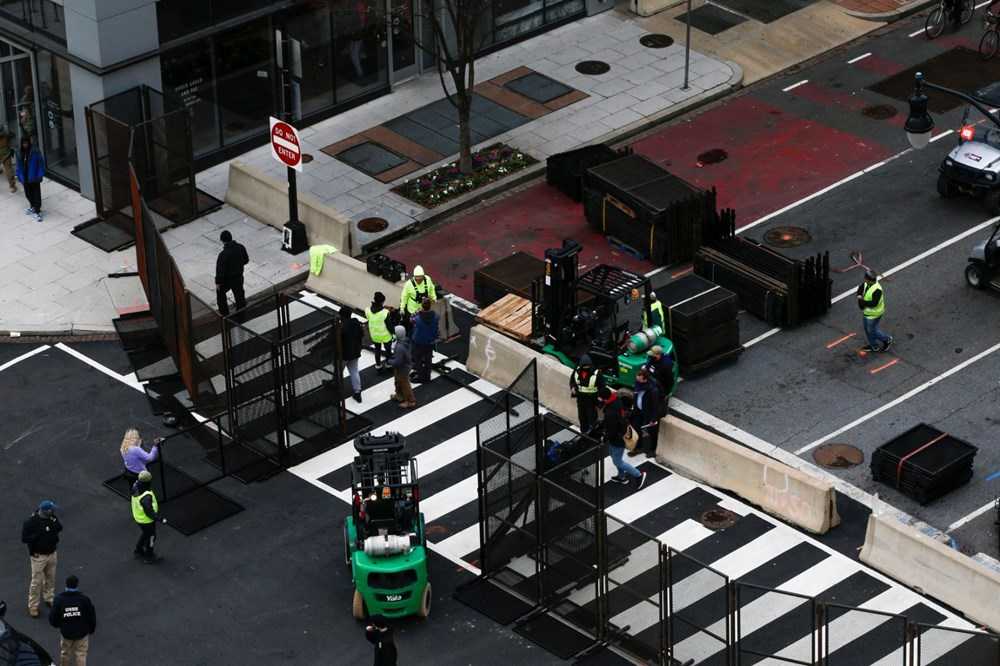 The fact that 25,000 armed soldiers will take part in Biden’s inauguration ceremony, although it is thought to be linked to the events of Congress and the rumors of armed demonstrations, other extraordinary security measures taken suggest that there may be a much higher risk threat to the ceremony to be held on Wednesday. 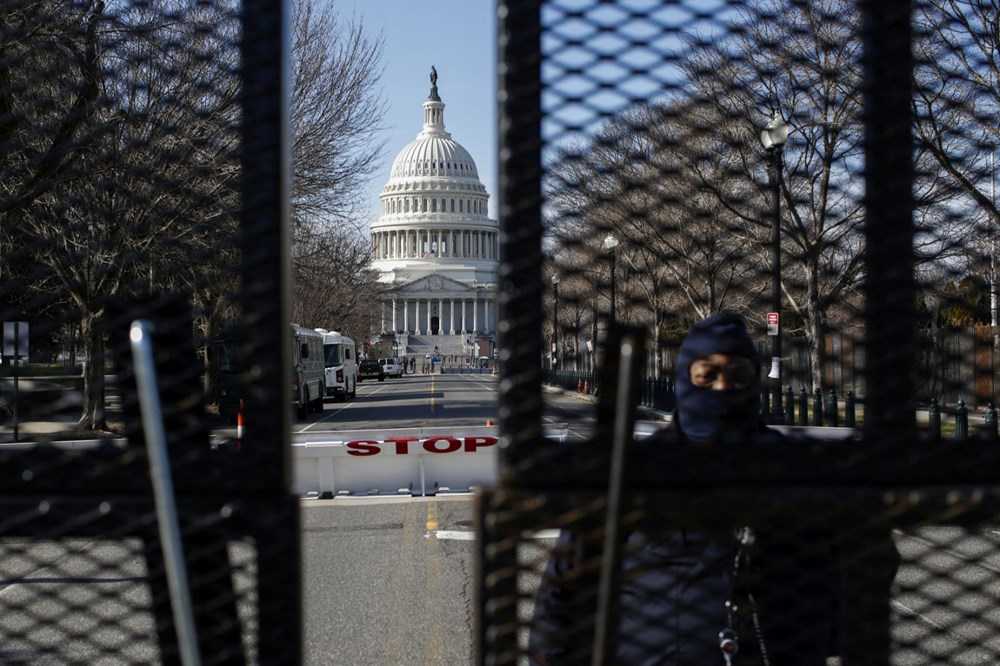 NO BIRDS FLY IN WASHINGTON

After the January 6 incidents, security measures were gradually increased in the capital Washington.

While a two-meter-high fixed steel barrier was placed around the congress, soldiers and police vehicles were deployed on many streets and streets in Washington.

Hotels and temporary home rental platform Airbnb in Washington stopped bookings in the city and canceled previously made reservations. 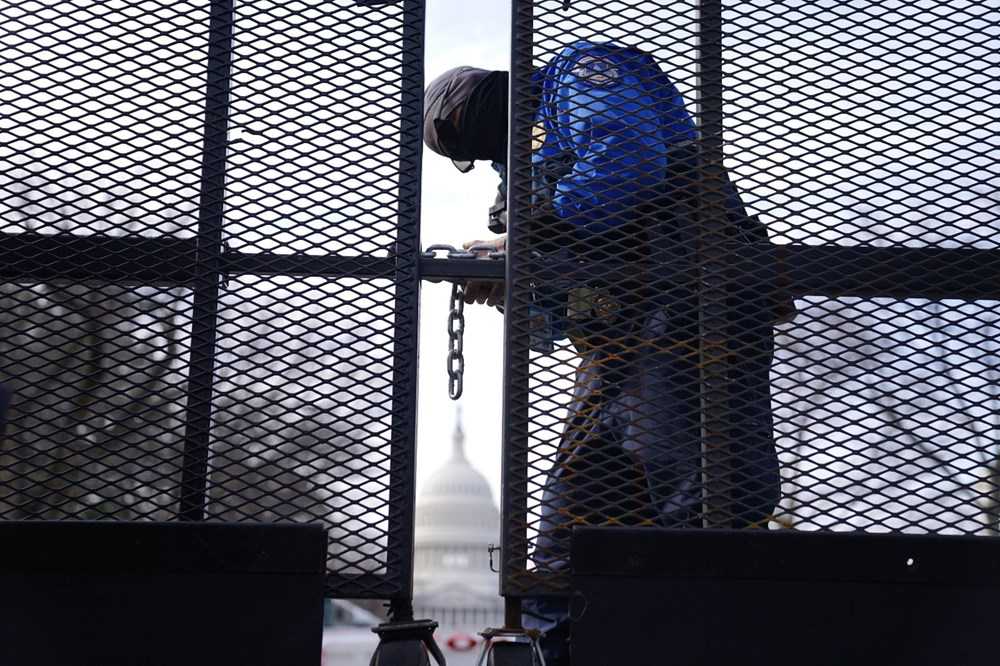 The Washington National Park and Museum Parks Service closed the Washington Monument opposite Congress more than a week before the inauguration.

In addition, while many streets around the Congress were closed to traffic, checkpoints were set up in different parts of the capital in an unprecedented way. 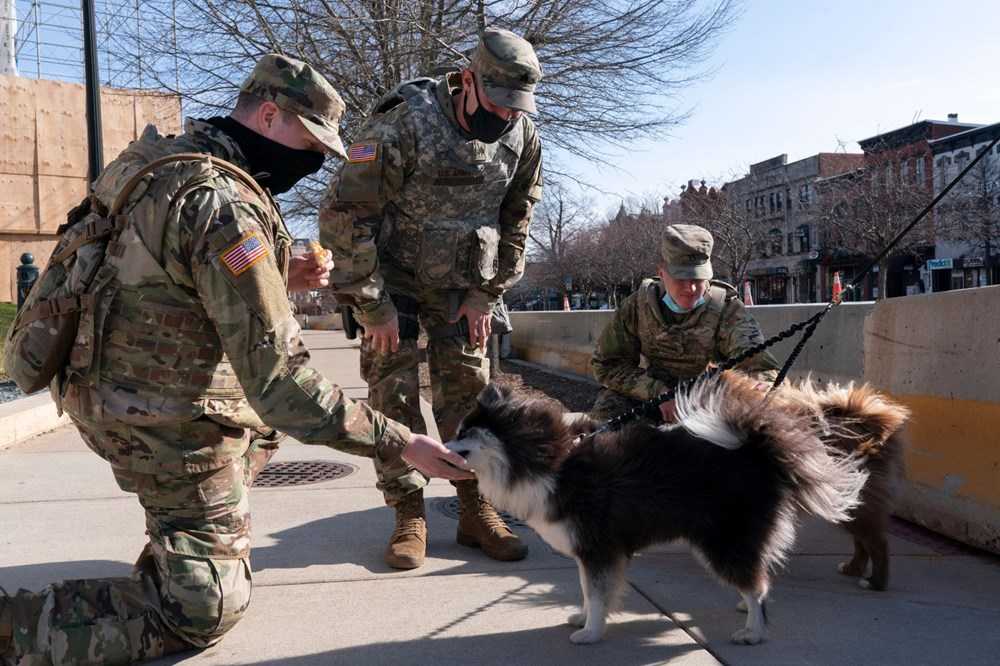 The Pentagon building, where the US Department of Defense and the General Staff is located, is located on the Virginia side of the Potomac River that separates Washington and Virginia.

The measures taken at the Pentagon, about 5 kilometers from the Congress building where the ceremony will take place, confused people. 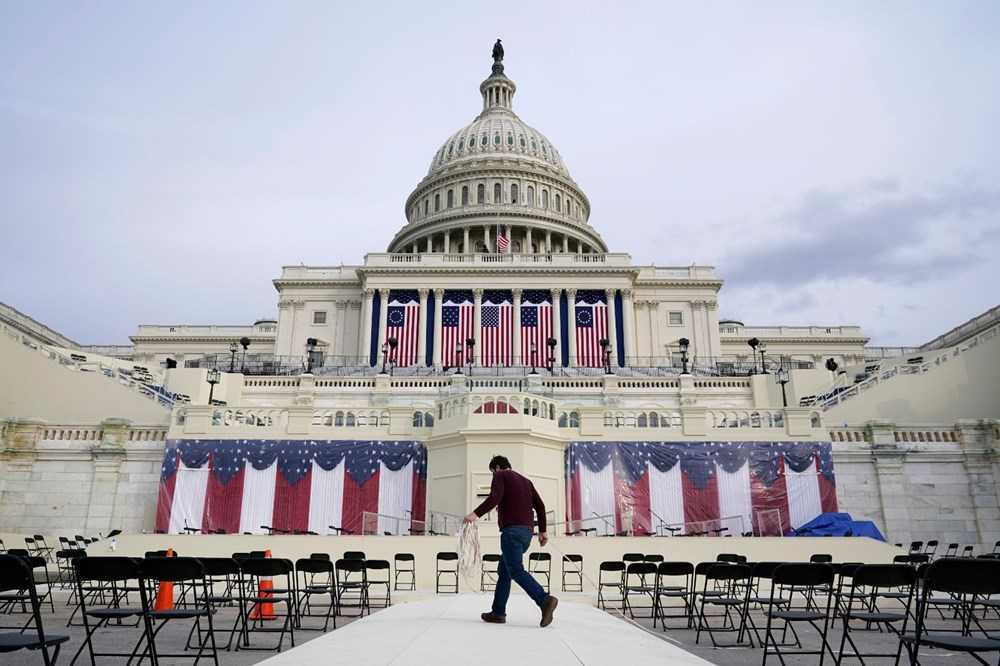 Severe restrictions were imposed on the building’s entrance and exit and parking lots from January 15 to January 21.

During this time, all parking lots facing the Washington side of the building were closed, while the South Parking Lot facing the Virginia side was left open and only on-duty officers and members of the press were reportedly allowed to park their cars. 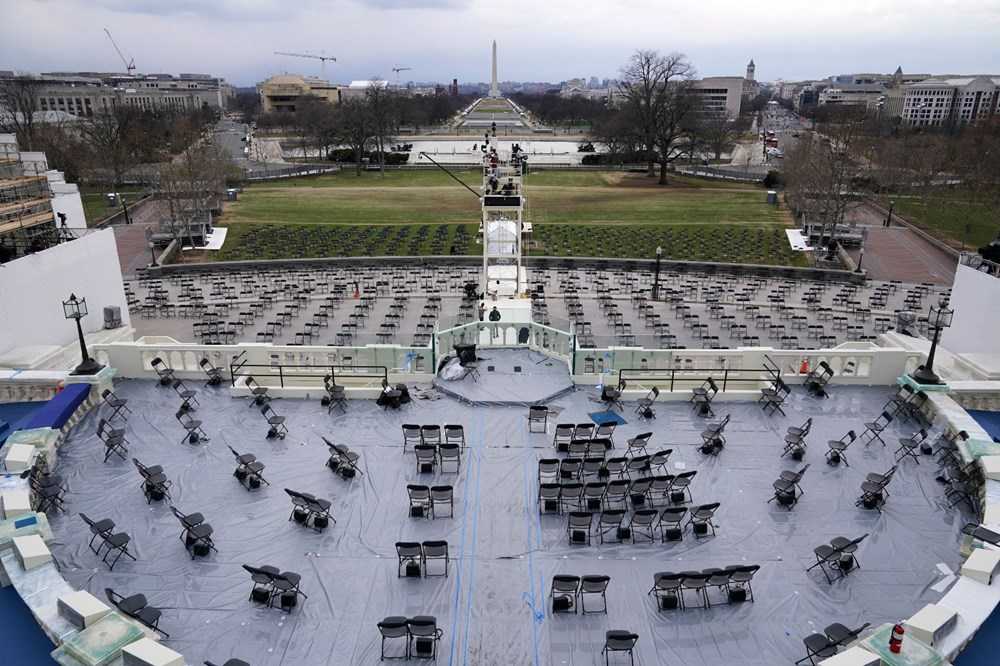 All doors of the Pentagon, with the exception of the 2nd Corridor Entrance, which also faces the Virginia side, were closed from the weekend until January 21.

It was also announced that the metro lines operating between Virginia and Washington between the same dates will continue to Washington or Virginia side without stopping at the Pentagon stop. 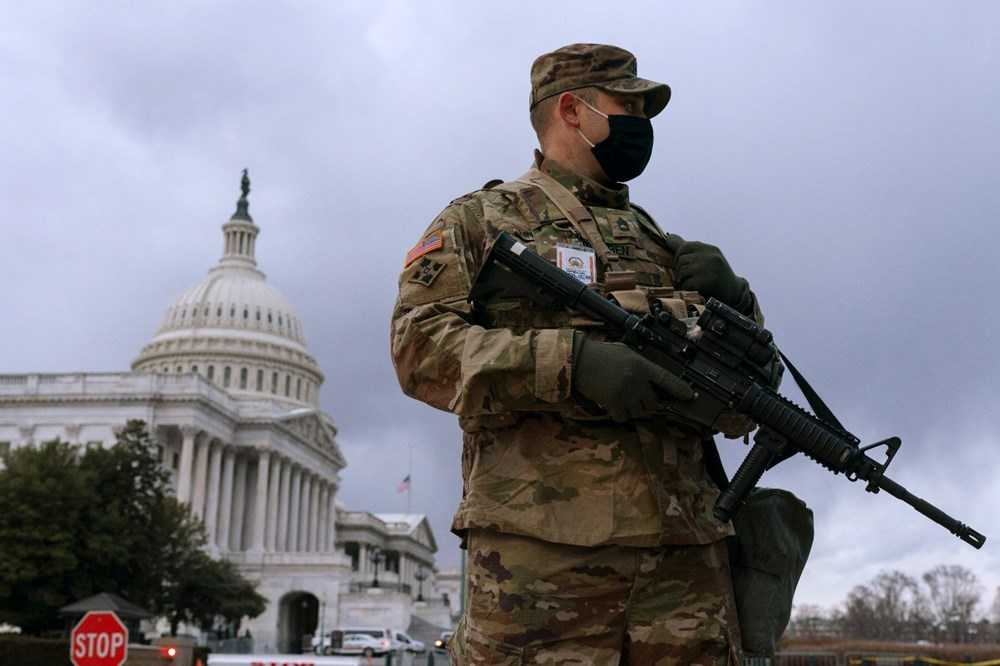 By contrast, at Trump’s inauguration in 2017, certain parts of some of the Pentagon parking lots were closed until the ceremony ended on the day of the inauguration only. 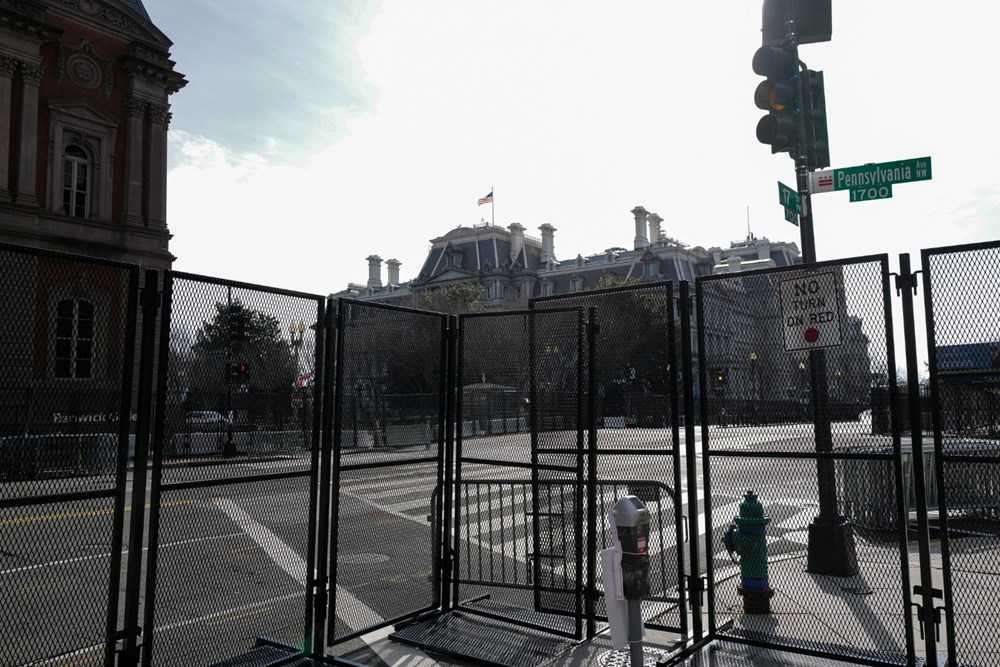 Except for some roads leading to Washington, roads were not blocked and all entrances of the building except the ceremonial entrance were kept open.

These measures taken in and around the Pentagon building, which does not have a direct relationship with the area in front of the Congress where the ceremony will be held, suggests the possibility that measures were taken against any attempt from within the army towards the oath ceremony. 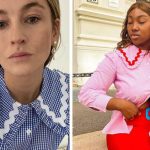 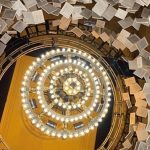