A research team from the World Health Organization went to Wuhan, China, where the coronavirus first appeared, to investigate. The team of 13 scientists will remain in quarantine for 2 weeks in the first place. On the other hand, in China for the first time after more than 8 months, a person died from the virus, and the number of cases is increasing.

A group of scientists led by the World Health Organization reached Wuhan, China, where the coronavirus first appeared. The team, which will investigate the origin of the virus, was accompanied by security guards wearing protective clothing at Wuhan Airport.

The research team, consisting of 13 people, was passed through a special plastic tunnel and put on the bus. Two scientists who tested positive for PCR during the transfer in Singapore did not go to Wuhan. Scientists going to Wuhan will first stay in quarantine for 2 weeks.

They will then meet with staff at research institutes, hospitals and the seafood market for 2 weeks.

In early January, a team from WHO again went to China to investigate the origin of Covid-19. The team was not allowed to enter China. WHO Director-General Dr. Tedros Adhanom Ghebreyesus said, “Today, we learned that the Chinese authorities have not yet completed the necessary permits for the delegation to China. This news has greatly disappointed me as two members of the team have already started their journey (to China) and the others are not able to travel at the last minute.”

On the other hand, in China, the first loss of life from the virus occurred after 8 months.

The highest number of cases has also been recorded in the country since March 5. 138 new cases reported in one day. It announced that the cases increased almost three times in Heilongjiang province. Where a state of emergency was declared.

The Chinese administration did not allow the WHO team to enter the country for a long time. Scientists suspect that the virus. Which has killed more than 1 million 986 thousand people so far. Passed from bats or other animals to humans, most of which are in southwestern China. The Chinese Communist Party, the target of criticism on the grounds that it allows the disease to spread, argues that the virus came from abroad, possibly with imported seafood. 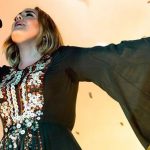 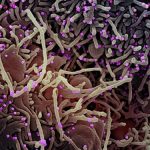