Millions of people in China are entering the Spring Festival holiday, which is the most important holiday of the year, with strict measures taken in the shadow of the new type of coronavirus (Covid-19) pandemic.

With the Chinese New Year, the holiday goes up to 40 days with the leave before and after the one-week New Year holiday for the Spring Festival journey, which is also called the world’s largest human movement. The holiday that started today in the country will continue until 8 March.

Millions of people, most of whom are migrant workers, who want to spend their holidays in their hometowns every year, have started their 40-day Spring Holiday journey under the shadow of Covid-19 measures.

While more than 3 billion trips were recorded in the previous years during the holiday where public transportation vehicles such as planes, high-speed trains and buses were used, 1.7 billion trips are expected to be made this year.

Those who will go on vacation will have to test negative for the Covid-19 test they have had in the last 7 days, and they will have to put themselves under 14 surveillance at their destination.

Health code checks for all passengers are required, and the seat occupancy rates of public transportation vehicles in high, medium and low risk areas are 50 percent, 70 percent and 90 percent, respectively, according to the risk level.

In case of cancellation of travel by plane, ticket refunds will be made uninterruptedly. Temporary employment will be created for migrant workers who do not return to their homeland. Television and show programs broadcast over the Internet will be free.

While the country travels at maximum capacity in trains and bus stations every year, officials have called the public to stay where they are and not to travel, due to concerns that millions of travels and mass human movement will cause the pandemic to peak again.

According to the joint statement made by the Central Committee of the Chinese Communist Party and the relevant units of the State Council, people living in a high risk area for the pandemic should not leave their places as part of the measures.

It is recommended that people in regions with moderate pandemic risk obtain permission from local pandemic control authorities to travel, and those who are in low-lying areas do not travel unless necessary.

In addition, public transportation, shopping, entertainment and similar services will continue to meet the needs of people who did not go to the Spring Festival holiday in big cities that resembled ghost cities because people went to their hometowns in previous years.

Under normal circumstances, public transportation services and businesses that provide shopping, food and beverage and entertainment services would be mostly closed during the Spring Festival holidays.

This year, the number of travels decreased by 40 percent compared to the Spring Festival holiday in 2019, when the Covid-19 pandemic was not seen in the country, while an average of 40 million trips per day are expected to be made throughout the country.

The “Work Plan for the Prevention of Pandemics in Rural Areas during the Spring Festival” announced on January 20 by the National Health Commission (NHC) made the travel plans of workers, whose number reached 290 million, difficult.

According to the plan, those who travel to the countryside will inform local authorities in the region about their travels before they go. These people will need to submit a document stating that the Covid-19 test they have done within 7 days is negative before they depart.

When they go to their hometown on vacation, they will be kept under observation for the first 14 days, they will have a test every 7 days and report the result to the authorities, they will not come together with their families and will not go out unless necessary.

After the NHC announced the plan, many people on the country’s social networking platform Veybo reacted on the grounds that its applicability would be difficult and the cost would be too high for them. 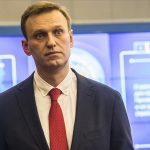 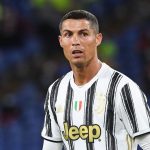