The first quarantine in Wuhan, China, which was the first place in the world where the coronavirus appeared, started today a year ago. The city was isolated from other parts of the country for 76 days. Nowadays, there is no trace of the pandemic in Wuhan.

This is Wuhan city of China, where the Coronavirus surrounding the world appeared …

The virus, thought to have spread from the fish market, engulfed the world.

Although there are new waves of the pandemic in many regions, there is no trace of those days in Wuhan.

The city with a population of 11 million woke up exactly one year ago with the news that the virus could pass between people and went into quarantine.

Wuhan was completely isolated from the rest of the country for 76 days. Strict measures were lifted on 8 April. Then the testing started.

The residents of Wuhan seem to have left their days of fear behind. Life in the city has returned to its normal flow.

While the nightclubs are getting crowded again; the squares are also full of people doing sports.

Most of the deaths in China were recorded in Wuhan.

A research team from the World Health Organization continues to investigate the city.

Scientists are investigating the origin of the virus. 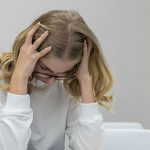 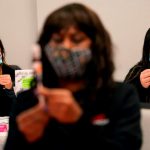