Jack Ma, the founder of Chinese e-commerce giant Alibaba, who has not appeared before the public for about 3 months, showed himself in a published video.

The report of the Global Times newspaper, one of the official media organs of the Chinese Communist Party, included Jack Ma’s video conference call with about 100 village teachers.

In the 50-second video, Ma stated that they will not be able to meet with teachers every year in Sanya, China this year due to the new type of coronavirus (Covid-19) pandemic, “We will meet again after the epidemic is over.” used the expression.

One of the richest in China and the founder of Alibaba, Ma’s “monopoly initiated by the State Market Supervision and Regulation Administration (SAMR) of the Chinese State Council for the Alibaba-affiliated Ant Group on December 24, 2020. “It was noteworthy that he did not mention the investigation.

Within the scope of the monopoly investigation, SAMR called on the managers of the financial institution Ant Grup to testify. Ant Grup also announced that they will cooperate with market regulator SAMR.

Chinese officials also stopped the $ 37 billion public offering planned by Alibaba for Ant Group on November 3, 2020. At a forum held in Shanghai on October 24, 2020, Ma allegedly disappeared after a speech criticizing China’s market regulators and state banks for “being behind the clock.” 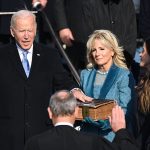 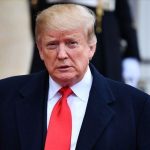