Singers such as Lady Gaga and Jennifer Lopez took part in the inauguration of Joe Biden, the 46th President of the USA, while Amanda Gorman was the youngest poet to perform at an inaugural ceremony.

According to the news of the BBC, Joe Biden, who won the November 3, 2020 elections in the USA, became the 46th president of the country by taking the oath at the ceremony in the US Congress.

Many famous names attended the ceremony, which came to the fore with musical performances as well as official statements and speeches.

While Lady Gaga sang the US National Anthem, Jennifer Lopez performed at the concert called “Celebrating America” ​​hosted by Tom Hanks. In addition, Amanda Gorman, who received the first National Youth Poet Award in the United States at the age of 18 in 2017, also called for unity and togetherness by reading her own poem at the ceremony.

Gorman referred to the events on January 6 in his poem “The Hill We Climb”, which former President Donald Trump supporters completed the day they raided the Congress building.

In an earlier interview with the New York Times, the young poet stated that it is not possible for him to ignore what he has seen in the last few weeks and years in his country, and that he wants to show that there is still a way to keep people together with his poetry.

The US National Anthem was sung by young singer Jackie Evancho at Trump’s inauguration, and by Beyonce and Aretha Franklin at the inauguration of Barack Obama. 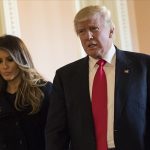 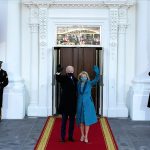