It was a matter of polemic that Joe Biden, who was elected as the 46th president of the USA, brought up the price of the watch he preferred on his first day at the White House.

Joe Biden opted for a stainless steel and blue dial Rolex Datejust to wear on Wednesday at the White House. The attention to the fact that Biden wore a $ 7,000 Rolex watch at the inauguration ceremony he attended as the president of the USA caused controversy.

Biden’s watch collection includes an Omega Speedmaster Moonwatch Professional and an Omega Seamaster Diver 300M, both of which cost between $ 5,000 and $ 6,000.

The report claimed that George W. Bush chose a Timex Indiglo while wearing a plastic digital Timex Ironman during his presidency. It was reminded that Obama preferred the mid-priced watches of American companies such as Shinola and Jorg Gray.

John F Kennedy had one of the most famous watches, but he never actually wore it. This watch, by all accounts, was a Rolex Day-Date given to her by Marilyn Monroe on her birthday, and the following message was inscribed on it: Jack with love from Marilyn as usual. May 29, 1962. Lyndon Johnson wore a gold Rolex Day-Date in his office, and it was he who gave the watch the nickname “President”. 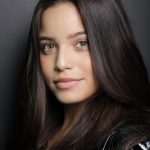 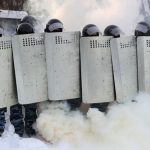