At the US Congress, where extraordinary security measures were taken, Biden took an oath in the presence of Supreme Court Chief Justice John Roberts, who had been in his family since 1893.

Using the same Bible to take the oath as senator and vice president throughout his 50-year political career, Biden became the second Catholic president of the United States after former president John F. Kennedy.

While Donald Trump, whose term of office expired, did not attend the inauguration ceremony, Mike Pence, who handed over the vice president to Kamala Harris, attended.

The 46th President of the US, Biden, in his speech at the inauguration ceremony, gave the message that they can only overcome the difficulties faced by his country as “unity”.

Joe Biden gave the message that they will face “growing extremism, white supremacy and domestic terror” and defeat these threats.

US President Biden emphasized that he will work for both those who support him and those who do not, “I will be the president of all Americans.” said.

Regarding the political separation in the country, Biden said, “We must put an end to this war unfit for our civilization. made its evaluation.

“We will repair our alliance relations and establish close ties with the world once again,” US President Biden said. 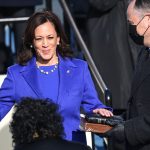 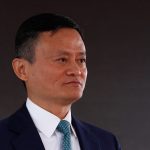