In the US Congress building, an alarm was given due to the “external security threat” and all buildings in the campus were stopped.

According to reporters from the US Congress, people in the Congress building were alerted not to leave the building.

“Due to an external security threat, entry and exit to all buildings in the campus were stopped,” the congress building management said later. expression was used.

The area where preparations were made for Joe Biden’s oath ceremony was also evacuated due to the threat.

In the images shared on social media, it was seen that smoke rose from an area close to the Congress building.

Statement from the Washington Fire Department

A statement was made on the Twitter account of the Washington DC Fire Department regarding the incident.

In the statement, which stated that there was a fire in an area close to the congress, it was noted that the fire was taken under control and there were no injuries.

“This fire is the cause of the smoke seen from many places,” the statement said. statement was included.

Speaking to the American press, some officials stated that the fire did not pose a threat to the Congress building. 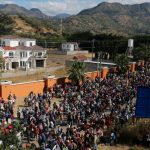 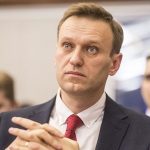