British Prime Minister Boris Johnson stated that Britain and the European Union (EU) could not reach a consensus in the trade agreement negotiations. Therefore, he said, the public should be prepared for a no-deal separation on December 31st.

British Prime Minister Boris Johnson made a statement after the decision to extend the negotiations with the EU, which expired today. Noting that they are still far from reaching agreement on some important issues, Johnson said. “But we will continue to talk to see what we can do if there is hope where life is. England definitely speaks. The most likely thing I should repeat now is, of course, in the terms of the World Trade Organization. It is that we must prepare for a separation in Australian terms. ”

Emphasizing that they will always be happy to talk and make progress, Johnson. He stated that an agreement could be reached if the EU also wanted it, but the dispute continued on fundamental issues.

Reiterating frequently that they should be prepared for a separation on World Trade Organization terms, Johnson said. “This is not where we want to arrive, but if such a solution is required, Britain is well prepared for it.”

Johnson said that England should continue to try and will do so sincerely. However, he stressed that the country cannot compromise its own laws and the right to control fishing.

In the United Kingdom consisting of England, Wales, Northern Ireland and Scotland. In the EU referendum held in June 2016, the Brexit decision taken against 48 percent with 52 percent. 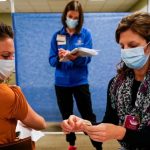 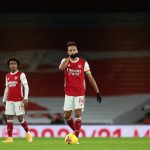