“It’s not a matter of being a French,” British Prime Minister Boris Johnson’s father, Stanley Johnson, told French radio station RTL. If I’m not mistaken, I’m already French. My mother was born in France, and her mother was completely French like her grandfather. ”

Stating that applying for citizenship is a matter of obtaining what he already has. Johnson expressed that he very pleased with this.

With the transition process behind Brexit ending at 23:00 local time tonight. The British will lose their right to permanent residence and work permits in European Union (EU) countries.

It is known that thousands of British citizens have become EU countries since the 2016 Brexit referendum.

HE HAD WORK AS A MEMBER OF EP 40 YEARS AGO

Father Johnson, 80, served as a member of the European Parliament (EP) 40 years ago. After Britain joined the EU in 1973, he was one of the first British civil servants to work in Brussels.

Prime Minister Boris Johnson, on the other hand, said that with Brexit. Britain “regained control” and was a “new and sovereign nation”. 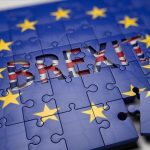 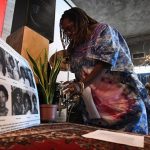