Japan and the US Defense Ministers agreed to strengthen the bilateral security alliance in the face of China’s regional threats in the South and East China Seas.

Speaking to the press after a phone call with his US counterpart, Lloyd Austin, Japanese Defense Minister Kish Nobuo said, “We agreed to stand against unilateral attempts to change the status quo in the South and East China Sea.” said.

He said that the controversial Senkaku Islands in the East China Sea were reaffirmed as under Article 5 of the bilateral security agreement, which “includes the requirement of US protection in case of an armed attack on Japan”.

Stating that the cooperation will continue in line with the goal of “complete, demonstrable and irreversible” purification of North Korea from weapons of mass destruction and ballistic missiles, Person stated that the agreement will replace the 5-year cost-sharing agreement that will cover the hosting of US troops in his country and will end in March. and that Washington’s imminent arrival was discussed.

In the statement of the Ministry of Defense of Japan, it was stated that the alliance plays a “key role” against regional threats and will remain committed to maintaining the “Free and Open Indo-Pacific” vision.

In the message he published on his social media account Twitter, Austin of the United States, “We discussed the stable and resilient nature of the US-Japan alliance and the joint efforts to protect the” Free and Open Indo-Pacific “. used the expressions.

Senkaku consists of 5 islands and 3 cliffs

Speaking on the phone on November 12 with Joe Biden, who was elected US president in the 3 November elections last year, Japanese Prime Minister Yoshihide Suga had pledged to support the disputed Senkaku Islands.

“The Japan-US alliance is indispensable and must be strengthened in achieving regional peace and prosperity,” Suga told Biden in a later press release. He said what he said.

The archipelago in the East China Sea, which Japan calls “Senkaku” and China calls it “Diaoyu”, consists of 5 islands and 3 cliffs. 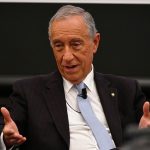 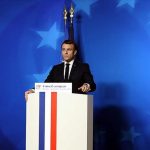