International Olympic Committee (IOC) with Japan, as planned for the Tokyo Olympic and Paralympic Games despite the corona virus outbreak. Announced that they are determined to be held in the summer of 2021.

Japanese Prime Minister Yoshihide Suga, after the games were postponed for a year in March due to the pandemic. He received the President of the International Olympic Committee, Thomas Bach, who was visiting Japan for the first time. Speaking at the meeting where the preparation process of the Tokyo games was discussed, Suga argued that it would be “an indicator that humanity has defeated the virus”, He reaffirmed his country’s determination to host the summer games.

Suga, “Evidence of how humanity defeated Covid-19 and how Japan rose again after the East Earthquake. The 2020 Tokyo Olympic Games, previously planned for 24 July-9 August and postponed due to the pandemic. It was decided to be held on 23 July-8 August 2021 last March. 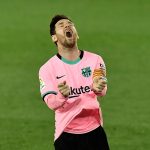 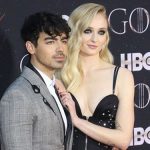