Japanese Prime Minister Yoshihide Suga, government to alleviate the economic impact of the coronavirus outbreak. He announced that he is preparing an additional economic package worth 73.6 trillion Yen (about $ 707 billion).

The Covid-19 outbreak, which infected approximately 67.3 million people worldwide, causing more than 1.54 million deaths. While threatening the global economy, new moves came from the Japanese government to stimulate the markets.

Suga said that the package is mainly aimed at maintaining employment, continuing business activities, stimulating the economy. He stated that it will be used for economic growth, including supporting environmental and digital technologies. Package expected to include travel and spending subsidies that the government has decided to pursue. It is important as it is the first since Suga took office in September.

In Japan, the parliament previously approved the use of 2 extra budgets of 57 trillion Yen (about $ 553 billion). 100 thousand Yen (about a thousand dollars) in cash assistance was given to each individual living in the country.

In Japan, where one thousand 522 new corona virus infections were confirmed yesterday, the total number of cases increased to 165 thousand 174, and the number of deaths was 2 thousand 411. In the country where the number of serious patients has increased due to the record number of Covid-19 cases recorded in recent weeks. The health system and the economy and concerns were on the agenda again. 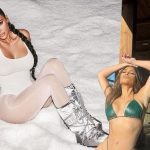 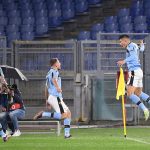