In the country where the number of cases and deaths was high in the Covid-19 outbreak, more than half of the Portuguese voters did not vote.

President Marcelo Rebelo de Sousa, who has been in office since 2016, won the presidential election in Portugal, according to polls results.

De Sousa, 72, will take 57 to 62 percent of the votes in the Presidential election, where 7 candidates compete, according to the survey results given by Portuguese official television RTP, and will remain in office for another 5 years.

De Sousa, who also served as a term (1996-1999) president of the Social Democratic Party (PSD), which is currently the main opposition in the country, was elected president in 2016 as the PSD’s candidate.

Ana Gomes, candidate of the left-wing Socialist Party (PS), who rules the country with a minority government, is estimated to receive 13 to 16 percent of the votes.

If De Sousa gets more than half the votes, as predicted by polls, he will be re-elected president without the need for a second round.

Otherwise, a second round of elections will be held on February 14, with the participation of the two candidates with the most votes.

Meanwhile, in Portugal, where the highest number of cases and deaths have been experienced in the last two weeks due to the new type of coronavirus (Covid-19) pandemic, 10 million 865 thousand voters were registered in the Presidential elections.

While the General Directorate of Health announced that the loss of life from Covid-19 in the last 24 hours was 275, this was recorded as the highest number detected so far.

The Ministry of Internal Affairs announced the participation rate as 35.44 percent as of 16:00. 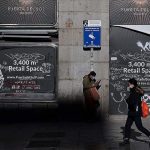 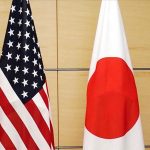