Trump, who lost the presidential race, according to unofficial results. Twitter account may be close in the coming months.

The United States of America (US) has witnessed one of the most interesting presidential races of recent years.

Democratic Party candidate Joe Biden became the new president of the United States, breaking the 270 threshold, according to unofficial results.

Although Biden won and received congratulations from many heads of state for his victory. Current president Trump claims that the election was fraudulent.

According to the news in The Verge, if Trump loses the elections with the counts going, he could then lose his Twitter account.

Trump, who has received many warnings from Twitter, will excluded from Twitter’s “world leader” exemptions if he loses the presidency.

In other words, when Biden takes his seat in the White House, Trump can not only close the presidency but also his Twitter account. Twitter had added a warning letter to Trump’s posts during the election period claiming that he was hosting fake information. 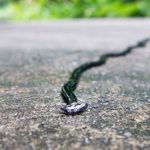 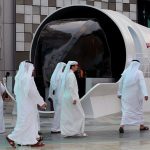