It has been reported that the “Iron Dome” air defense systems, which the USA bought from Israel, will be deployed to military bases in some Gulf countries.

Jerusalem
According to the news of the Haaretz newspaper, Israel allowed the USA to place the Iron Dome at its bases in the Gulf countries.

In the report, it was noted that the permit came after Israel’s agreement to normalize relations with the United Arab Emirates and Bahrain on September 15, 2020.

No information was given on which bases the USA will place the Iron Dome in the Gulf countries.

Israel sells Iron Dome only to the USA

The Iron Dome, produced by the Israeli company Rafael and in the inventory of the Israeli army since 2011, is used against short-range missiles.

In a report in the Saudi Arabian press in 2018, it was alleged that Riyadh purchased an Iron Dome air defense system from Israel under the mediation of the United States.

While the Israeli Ministry of Defense denied that the Iron Dome was sold to Saudi Arabia, there was no comment on whether Riyadh made such a request.

The U.S. Land Forces Command announced in February 2019 that a limited number of Iron Dome air defense systems would be purchased from Israel.

Israel delivered the second batch of Iron Dome batteries to the USA on January 3.

The Tel Aviv administration has not sold this system to any other country other than the United States so far. 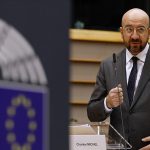 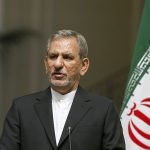