Yemeni experts state that the Houthis have recently increased their attacks on Saudi Arabia and government forces after the US decision to include it on the terrorist list, trying to deliver some messages.

After the US announced its decision to include Iran-backed Houthis in Yemen on the terrorist list on January 11, the organization has carried out attacks against the legitimate government all over the country or attacks on Saudi Arabian territory intensify.

The experts, who stated that the Houthis are trying to give messages such as “they are strong and cannot be excluded” with these attacks, also predict that the organization’s military attacks that will affect the interests of the USA and the West, including the shipping lines in the Babu’l Mendeb Strait and the Red Sea, may increase.

Coalition forces led by Saudi Arabia announced that Houthi militias attempted to attack Saudi Arabian territory for two days in a row and these attempts were blocked.

In Yemen, the Houthis attacked the positions of government forces, particularly Hudeide in the west of the country. Government forces announced that these attacks were repulsed.

“The effort to be a political party”

Yemeni policy researcher Nebil al-Bekiri told , “With this military escalation, the Houthis aim to put pressure on Saudi Arabia and then on the United States so that they are treated not as a terrorist organization but as a political party.” found the assessment.

“The Houthis have not fulfilled their responsibilities on any issue agreed upon from the very beginning of the crisis in Yemen.” Bekiri said that military methods are the most dominant way in the country and that there is no situation promising that this road will be blocked on the horizon.

“Houthis don’t care about the classification of terrorist organization”
The head of the Yemeni Research Center, Faisal Ali, said, “The Houthis point to some things with this military escalation, most important of which is that the organization is not interested in classifying it as a terrorist.” used the expression.

Noting that the Houthis are no longer interested in the international community and UNSC resolutions, Ali argued that the Houthis do not care about the US decision to include them on the terrorist list.

Ali pointed out that the Houthis also wanted to provoke Saudi Arabia with these attacks and to respond with air attacks.

The Yemeni expert stated that the Houthis wanted to make their voice heard in international organizations in order to condemn the attacks against him in order to relieve the pressure on him.

Pointing out that after the Houthis are classified as a terrorist organization, the organization may increase its military attacks that will affect the interests of the US and the West, including the Babu’l Mendeb Strait in the Red Sea and shipping lines, “The Houthis can also bomb the oil-laden ships with missiles reaching Riyadh.” he spoke.

Houthi rulers imposed by the US

The US Treasury Department announced on December 10, 2020 that 5 people affiliated to the Houthis-controlled security and intelligence agencies in Yemen will be sanctioned for violating human rights under the Magnitsky Act.

The Houthis to whom these sanctions will be applied are as follows:

The US Treasury Department argues that Zabin, who was given the rank of brigadier by the Houthis, “detained and tortured women on the grounds of a policy aimed at preventing prostitution and organized crime.” In 2019, the Yemen Human Rights Organization announced that more than 35 girls were kidnapped from schools and streets in the Houthi-controlled capital Sana, on Zabin’s instructions.

Abdulhakim Animalia, who has served as the Deputy Minister of Interior of the so-called government in Sana since the beginning of the war in Yemen, was appointed Director of the Security and Intelligence Service in August 2019.

The US Treasury Department blames Animalism for the illegal detention, arrest and torture of women by the Criminal Investigation Service.

The ministry notes that Abdurrab Cerfan, the former head of the National Security Service in Sana, was systematically involved in torture and arbitrary detention against the people of Yemen.

Yemen media sources report that Cerfan received many training in Iran and was accused of violations ranging from torture to death against dissidents in Houthi prisons.

The US states that Absolute Amir al-Merani, Deputy Head of the National Security Office, played an important role in the detention and ill-treatment of humanitarian workers and abused his power for personal gain.

Since late 2014, when the Houthis took control of Sana, the U.S. Treasury has held the Political Security Service responsible for the illegal detention and torture of prisoners, including children.

Yemen human rights reports indicate that the organization led by Shami has committed many violations against the abducted, including politicians, journalists and academics. 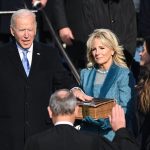 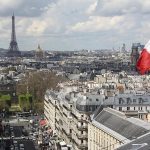