According to the Canadian press, Alberta Province Prime Minister Kenney made a statement yesterday on allegations that the Biden administration would terminate the pipeline project. Kenney stated that if Biden cancels the Keystone XL oil pipeline project after taking office, they will take the matter to court.

Expressing that they hope Biden will respect Canada and discuss the issue with them, Kenney said, “Definitely, the relationship between Canada and the USA is worth discussing at least.” said. “Canadian oil is being extracted with strong environmental and climate policies.

This project will not only strengthen the vital Canadian-US energy relationship, but will also create thousands of jobs for workers on both sides of the border,” Seamus O’Regan, Minister of Natural Resources, said in a statement. used the expression. The Canadian press claimed that Biden would cancel the Keystone XL oil pipeline project on the first day of his mission. The 2,735-kilometer oil pipeline project, which will carry Canadian oil to the refineries of the USA in the Gulf of Mexico, is expected to transfer approximately 800 thousand barrels of oil per day. 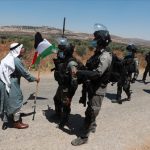 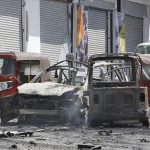