The US state prosecutor’s office of the state of Texas sued the Joe Biden administration in federal court, which stopped the deportation of illegal immigrants for 100 days.

Texas Attorney General Ken Paxton said in a statement that the decree signed by Biden on the first day he took office to stop the deportation of immigrants violated the country’s immigration law.

“The Biden administration urged the Department of Homeland Security (DHS) to violate federal immigration law and break its agreement to consult and cooperate with Texas under this law,” Paxton said. shared his statements.

Stating that Texas is the state with the widest border to Mexico, Paxton argued that if the relevant law against illegal immigrants is not properly implemented, citizens and law enforcement will be endangered.

President Biden signed a decree to reject former President Donald Trump’s policy facilitating the deportation of illegal immigrants as soon as he arrived at the White House on January 20, 2020, when the inauguration was held.

DHS also issued a circular on Thursday to all its offices, freezing the deportation of illegal immigrants for 100 days and ordering to “reset and review” existing immigration policies. 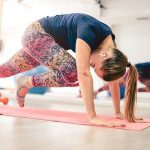 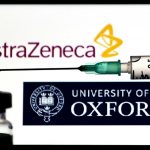