Britain called on the Israeli administration to immediately stop the construction of new settlements in the West Bank and East Jerusalem.

In a written statement from the British Foreign Ministry, it was emphasized that Israel’s expansion of settlements violated international law and damaged the applicability of the two-state solution.

The Israeli non-governmental organization, the Peace Now Movement, announced that the Tel Aviv administration has approved the construction of 780 new homes in illegal Jewish settlements in the occupied West Bank.

Israeli Prime Minister Benjamin Netanyahu announced on his Twitter account on January 11 that “more than 800 new residences will be built in Judah and Samara (Talmudic West Bank)”.

There are 13 illegal Jewish settlements in occupied East Jerusalem and 253 in the West Bank.

More than 650,000 Jewish settlers residing in these places make life even more difficult for Palestinians living under occupation.

According to international law, all Jewish settlements located in the occupied Palestinian territories are considered illegal. 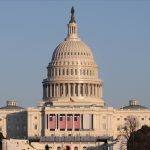 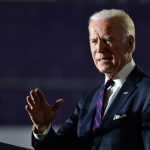