British Prime Minister Boris Johnson in the new type of coronavirus (Covid-19) outbreak. Noting that the increase in the number of cases has reached a dangerous point.

He announced that they have created 3 local warning levels: “medium, high and very high”.

British Prime Minister Boris Johnson said in the House of Commons that if they let the virus spread, they would face an “unavoidable death rate”. Therefore, he warned that healthcare professionals cannot deal with other patients.

Pointing out that it is not possible to close schools and businesses across the country and tell people to stay at home. He said a second national quarantine would not be the right method.

Noting that there are many young people who lost their lives due to Covid-19, Johnson. He stated that the idea that the virus only kills the elderly is wrong.

Johnson, across the UK, depending on local case rates under new measures. He said they had created three “Local Covid-19 Warning Levels”, “medium”, “high” and “very high.”

Noting that “Medium Warning Level” will be applied throughout the country, Johnson. Accordingly, with the “rule of six”, bars and restaurants will continue to be closed after 22:00.

Johnson stated that people living in areas where the “High Alert Level” is and socializing with other families in closed areas will be prevented. He stated that the 6 person rule will also be valid in private gardens of households in these regions.

Johnson also reported that the cities of Manchester and Birmingham included in areas with high alert levels.

Noting that the “Very High Warning Level” will apply in regions where the number of cases is increasing very rapidly and the National Health System (NHS) may be under “unbearable pressure”, Johnson. 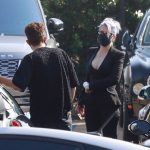 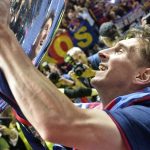