Volkswagen CEO Herbert Diess opened an account on Twitter and shared his first message. In his message that he tagged Elon Musk, Diess emphasized the success of Volkswagen’s electric vehicle.

Everyone knows how actively Elon Musk, the CEO of the US electric car manufacturer Tesla, uses Twitter.

Musk, who is the second richest person in the world after Amazon’s owner Jeff Bezos, has 42.6 million followers on Twitter.

According to the news in The Verge, Diess made a reference to Elon Musk in his first message after opening a Twitter account. In his message, Diess Elon Musk emphasized the success of Volkswagen’s electric vehicle, and included the following statements:

“Hello Twitter! I came here to make an impact with the Volkswagen Group and of course to share some of our market shares.

After all, our ID.3 and e-tron won the first markets in Europe” Diess concluded his post with the words “I look forward to productive discussions”.

Visiting Germany last year, Musk tested Volkswagen’s first mainstream electric car ID.3. Thanks to Musk for his visit, Diess shared a video showing these moments, saying, “This is not a sports car. For that, you should try the Porsche Taycan. “ had added his note. 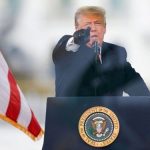 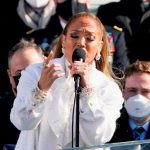