According to the news in De Volkskrant published locally in the Netherlands.

Dutch hacker Victor Gevers decrypted US President Donald Trump’s Twitter account. In his 5th attempt, he shared a screenshot showing that he had accessed the account by guessing correctly.

The information also transferred that the two-factor authentication feature not activated in the account.

“I was expecting the account to be blocked after the 4th attempt, but I got the password on my 5th attempt without any additional information,” says Gevers.

Victor Gevers, who logged into Trump’s account and took screenshots, shared them with the monthly publication Vrij Nederland. The American Secret Service reached out to Gevers and received information from the Dutch hacker. Afterwards, it was stated that US officials made Donald Trump’s Twitter account more secure by activating the two-factor authentication feature.

Victor Gevers, who also sent Trump an e-mail explaining how he got access to his account, advised the US President to use a more secure password.

Gevers, working as “Moral Hacker”, which companies agreed to infiltrate their own systems and test their security.

It was reminded that Donald Trump’s Twitter password, which seized by 3 hackers, including Victor Gevers, was “yourefired” in 2016. 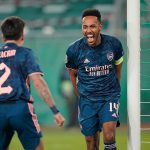 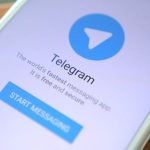