It was stated that the WhatsApp application made mistakes in sharing personal data with Facebook and could be penalized for not informing users in Europe about this.

It has been reported that the messaging application WhatsApp could be fined up to 50 million euros for violating the European Union (EU) data protection rules.

In the article published on Politico’s website, it was noted that the data protection agency in Ireland, where WhatsApp’s headquarters in Europe is located, is continuing to investigate the company’s use of personal data.

Reminding that the investigation was initiated because the WhatsApp application made mistakes in sharing personal data with Facebook and did not inform users in Europe on this issue, it was stated that this was in violation of the General Data Protection Regulation (GDPR), which entered into force in 2018 across the EU.

In the report, it was stated that the Irish Data Protection Authority had negotiated with the relevant authorities in other EU member countries regarding the penalty to be imposed on the company, and WhatsApp could face fines between 30 and 50 million euros due to violation of the transparency requirements of the EU personal data rules.

In the news, which pointed out that WhatsApp will have to change the way it uses personal data with the decision of the EU data regulators, it was noted that the said fine is expected to be announced this year.

In the report, it was pointed out that Facebook has allocated a resource of 77.5 million euros for the possible fine for WhatsApp in its financial reports. 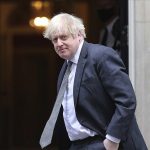 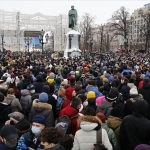