The foreign ministers of the European Union (EU) member states gathered in Brussels to discuss various issues, especially relations with Russia and the US.

Brussels
EU-Russia relations after the detention of Russian opposition Alexei Navalny and transatlantic relations after the 46th US President Joe Biden took office are on the agenda of the meeting chaired by Josep Borrell, EU High Representative for Foreign Affairs and Security Policy.

Ministers also share the vaccines developed against the new type of coronavirus (Covid-19) to be purchased by the EU with low-income countries, coordination of measures such as travel restrictions imposed by countries in the fight against the epidemic, the situation of immigrants in Bosnia and Herzegovina, the murder of an Italian student in Egypt, The developments in their countries, the situation in Hong Kong and Venezuela, and the relations with the UK after Brexit will also be discussed.

On the agenda of Ministers, Foreign Minister Mevlut Cavusoglu will also be in Brussels last week’s EU-Turkey relations after talks with EU officials.

At the meeting of the US foreign ministers, Japanese Foreign Minister Toshimitsu Motegi will also be connected via video conference and the EU-Japan relations as well as the opportunities for cooperation in Asia will be discussed. 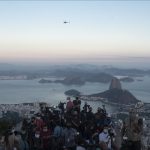 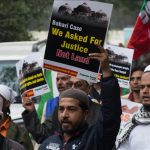