Previous Next
A woman walks past a closed shop along a street in Ho Chi Minh City on June 27, 2020 (AFP)

Novel coronavirus has infected 10 million people and claimed close to half a million lives around the world. Here are the updates for June 27:

The total number of confirmed coronavirus cases has surpassed 10 million, tracking website Worldometers and Corona Tracker showed. The grim milestone occurred as the number of lives lost inched towards half a million.

Italy reported eight more fatalities – the lowest daily rise since the beginning of the outbreak in early March – bringing the country’s death toll to 34,716.

The record low in daily deaths, however, contrasts with news of new clusters that recently emerged across the country, from north to south. Authorities and experts worry that the start of the summer season, with huge crowds of Italians travelling to holiday sites, could spark a second wave of contagion.

British health authorities announced that 100 more people died from the virus across the UK over the past 24 hours, bringing the total to 43,514.

A total of 1,984 people beat the coronavirus over the past day, bringing the overall count to 169,182, Health Minister Fahrettin Koca said on Twitter, citing the Health Ministry data.

The country’s death toll from the virus rose to 5,082, as it reported 17 new fatalities in the past 24 hours.

“The number of recoveries is 612 more than the number of infected people. This number was 96 yesterday,” Koca noted.

The Omani Health Ministry said six people had died from the disease over the past 24 hours, bringing the nationwide death toll to 159.

A further 919 infections were recorded, pushing the figure to 36,953, while recoveries rose to 20,363 after 881 people had recovered, the ministry said.

Yurianto also said there had been 37 more deaths, taking the total number of fatalities to 2,720.

Separately, local authorities said that nine people aboard a flight from Indonesia to Cambodia tested positive after reaching Cambodia. Of them, one was Indonesian and eight Cambodians.

She added that a total of 180,661 people have recovered and been discharged from hospitals so far, adding that 2,928 patients remain in critical condition.

Britain’s Royal Air Force says the first in a series of flights taking coronavirus aid to Africa has departed for Ghana with materials for a field hospital with capacity for nearly 100 people.

NATO Secretary-General Jens Stoltenberg said in a statement that the UK is the first NATO ally to come forward with an aid flight after NATO agreed to support the United Nations’ appeal for airlift assistance.

The pandemic and travel restrictions have severely affected flights to the African continent and the delivery of crucial cargo including medical supplies.

The UK says up to five flights are needed to deliver the field hospital to Accra. Ghana has more than 15,000 confirmed virus cases.

Britain’s government is moving to make summer vacation travel possible as it moves to ease restrictions imposed amid the pandemic.

The government is expected to scrap a 14-day quarantine requirement that forced people to self-isolate upon returning home from abroad. It will be replaced with a traffic light system, with officials placing countries into green, amber and red categories based on the prevalence of the virus.

Only travellers returning to the UK from “red’’ zones or places with a high level of Covid-19 will be told to self-isolate.

Egypt has lifted many of the restrictions put in place to fight the pandemic, reopening cafes, clubs, gyms and theatres after more than three months of closure. Authorities also allowed the reopening of mosques and churches.

The government has been eager to resuscitate the Egyptian economy, which was hit hard by the virus outbreak.

In Cairo, a sprawling and bustling metropolis of some 20 million people, coffee shops reopened Saturday to receive in-house customers for the first time since mid-March. But the smoking of “sheesha” from hookah water-pipes is no longer offered due to sanitary concerns.

Cafes have been allowed to reopen at only 25 percent seating capacity, according to Prime Minister Mustafa Madbouly.

Russia reported 6,852 new virus cases, a figure that keeps the daily rise below 7,000 for a second day in a row for the first time since late April. The new cases take the cumulative nationwide tally to 627,646.

The country’s coronavirus response centre said 188 people had died of the virus in the last 24 hours, bringing the death toll to 8,969.

The Czech Republic recorded 168 new cases of the coronavirus, authorities said, the highest daily rise in cases since early April just as the country is starting the two-month summer holiday season.

It was also the fourth day of the last 10 showing a daily increase of more than 100. Over the past week, the eastern region of Karvina has been by far the most affected by the rise in cases, according to the Health Ministry website.

Friday was the last day of school for most children and students, with their families getting ready for the holidays. Many Czechs will spend their holidays in the country rather than going abroad due to concerns about the virus and travel restrictions.


Australia’s state of Victoria is struggling to gain control over the pandemic while the rest of the country continues easing social distancing restrictions.


The number of confirmed cases in Germany increased by 687 to 193,243, data from the Robert Koch Institute (RKI) for infectious diseases showed on Saturday.

The reported death toll rose by six to 8,954, the tally showed.


Croatia is touting boating and camping on its azure 1,800-kilometre Adriatic coastline to woo back visitors and revive its virus-battered tourism sector.

Boats and tents might be the cure, offering travellers built-in social distancing as they relax on the idyllic picture postcard coast.

“Alone in a bay on your boat, there is no better distancing,” said Zeljko Cvetkovic, who owns a boat charter company on the northern island of Krk.

Its tourism industry is expected to contract by 70 percent due to the pandemic.

India now has more than 500,000 confirmed cases, according to government figures that showed a record daily leap of 18,500 new infections.

Authorities said 15,685 people had died after another 385 fatalities were added to the toll in 24 hours. The pandemic is not expected to peak in India for several more weeks and experts say the number of cases could pass one million before the end of July.

South Korea has reported 51 more virus cases as new clusters emerge in the densely populated Seoul area where people have been increasingly venturing out despite government warnings against complacency.

Thirty-five of the new cases are in the capital region, which is at the centre of a Covid-19 resurgence threatening to erase earlier gains against the virus.

Authorities are struggling to trace contacts and predict infection routes as new clusters pop up. Hundreds of infections have been linked to nightspots, church gatherings, restaurants and low-income workers who couldn’t afford to stay home.

China has reported an uptick in new virus cases a day after national health authorities said they expected an outbreak in Beijing to be brought under control soon.

The National Health Commission said that 21 more cases had been confirmed nationwide in the latest 24-hour period, including 17 in the nation’s capital.

City officials have temporarily shut a huge wholesale food market where the virus spread widely, re-closed schools and locked down some neighbourhoods. Anyone leaving Beijing is required to have a negative virus test result within the previous seven days. Many Chinese are traveling during a four-day holiday weekend that ends Sunday.

About 300 people are due to arrive in Adelaide this weekend from Mumbai, India, while hundreds are expected to follow from South America and Indonesia.

People in hotel quarantine will be tested for the coronavirus at the start and end of their 14-day isolation.

A federal judge has blocked New York state from enforcing virus restrictions limiting indoor religious gatherings to 25 percent capacity when other types of gatherings are limited to 50 percent.

The United States’ coronavirus cases rose by at least 40,870, it’s largest single-day increase since the pandemic started, according to Reuters tally.

The US remains the world’s most affected country by Covid-19 pandemic with more than 2.5 million infections and over 127,000 deaths.

Mexico’s health ministry reported 5,441 new confirmed cases of coronavirus infections and 719 additional fatalities, bringing the total in the country to 208,392 cases and 25,779 deaths.

The government has said the real number of infected people is likely significantly higher than the confirmed cases.

Britain will ditch a 14-day quarantine period for people arriving from countries it deems to be lower risk for the virus , the government said.

Official travel advice against all but essential travel outside Britain will also be eased for some countries and regions.

Taken together, these changes will make it easier for Britons to travel abroad for summer holidays.

Argentina will extend and tighten a lockdown in and around Buenos Aires following a sharp rise in cases of the virus in recent weeks, said President Alberto Fernandez.

The South American country has done better than regional neighbours Brazil, Chile and Peru in controlling the pandemic overall. But it has seen a worrying recent spike in Covid-19 cases in the densely populated Argentine capital and surrounding Buenos Aires province.

Overall cases in the country have risen fivefold since late May, hitting over 50,000 on Thursday when there were 2,606 new confirmed daily cases.
The death toll stands at over 1,150.

Brazil registered 46,860 new cases of the novel coronavirus in the last 24 hours and 990 additional deaths, the Health Ministry said.

The International Monetary Fund said it will provide Myanmar with $356.5 million in emergency funding, as the southeast Asian country battles an economic slump due to the pandemic.

“The Myanmar economy is being impacted by the outbreak of Covid-19 through a sharp decline in tourism and remittances and supply chain disruptions,” Mitsuhiro Furusawa, IMF deputy managing director, said in a statement. 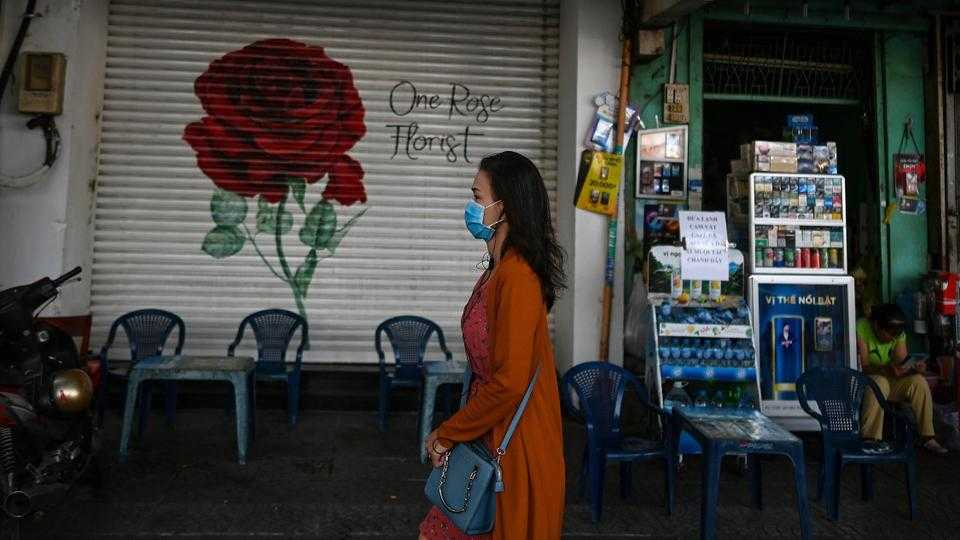 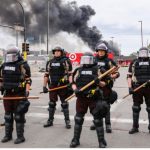 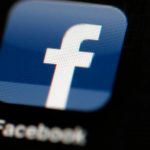