While the number of casualties exceeded one million 600 million due to the new type of coronavirus (Covid-19) pandemic. The fair and equitable distribution of vaccines between countries remains a topic of great debate. Canada, the world leader in coronavirus vaccine doses per capita, thanks to its contracts with seven companies. Canada announced that it is concerned that a sufficient number of people in the country may not be vaccinated due to global competition and limited production capacity.

Experts say that the situation in a developed country such as Canada, which is already paying for vaccines. Experts stated that they show the seriousness of the struggle that poor countries will go through.

The use of the new type of coronavirus (Covid-19) vaccine developed by the American pharmaceutical company Pfizer and BioNTech. Has so far been approved in the USA, UK and Canada.

Canada, with the vaccine, which is stated to be 95 percent effective, after 30 thousand doses reached the country on Sunday. Health workers and the elderly considered to be in the high risk group have started to be exceeded. But officials in the country argue that they are fighting for early doses in a “highly competitive” global environment. Explained that the vaccination application would not be as common as in the USA or the UK.

By the end of 2021, Pfizer / BioNtech, Oxford / AstraZeneca, and Moderna have announced their last stage. It can produce enough vaccines for about 3 billion people. It is thought that the Gamaleya Institute in Russia will be able to produce vaccines for 500 million people.

However, most of the vaccine production capacities announced by the companies to date have been purchased. The European Union’s 27 member states and five other wealthy countries have signed contracts to purchase half of the vaccines. 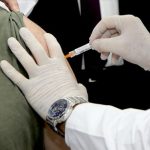 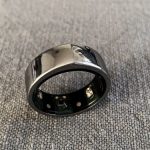